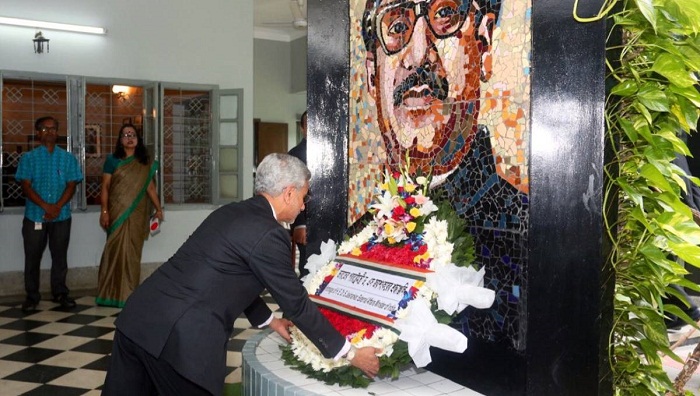 The Indian External Affairs Minister arrived at the museum around 9:30am when State Minister for Foreign Affairs M Shahriar Alam welcomed him.

He also took a tour to the museum and signed the visitors' book during his 45-minute stay there.

“Deeply moved by the visit to Bangabandhu Memorial Museum. Paid respects to Sheikh Mujibur Rahman, Father of the Nation,” Jaishankar tweeted after the visit.

He arrived in Bangladesh on Monday night on a three-day official visit aiming to further strengthen the relations between Bangladesh and India.