Bangalees’ Bangabandhu is Now ‘Friend of the World’ 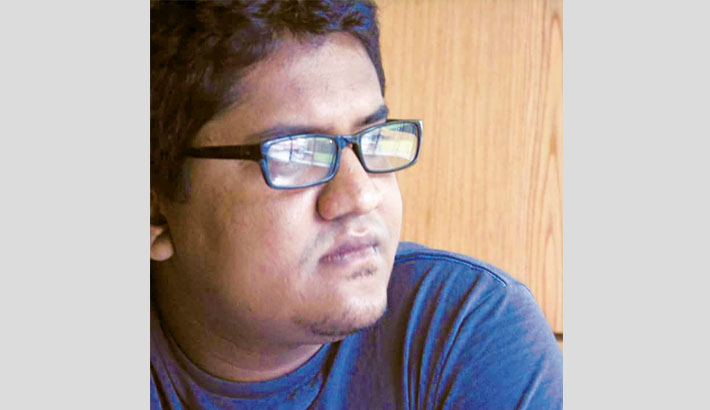 It is indeed good news for the people of Bangladesh that diplomats at a discussion in Washington DC have recalled the contribution of the Father of the Nation Bangabandhu Sheikh Mujibur Rahman to realising the rights of deprived people around the world, terming Bangabandhu a ‘Friend of the World’. They said the struggle and sacrifice of Bangabandhu Sheikh Mujibur Rahman in realising the rights of the deprived people of the world will be exemplary for the international community. Permanent Mission of Bangladesh to the United Nations arranged the discussion at the United Nations Headquarters in Washington DC, marking the 44th martyrdom anniversary of the Bangabandhu and his family members, according to a message received here today.

Bangabandhu is not only a name; he is a history also. He is not only the Father of the Nation but also the crownless emperor in the minds of people. Bangabandhu provided a rabble rousing charismatic leadership. He headed the Awami League, served as the first President of Bangladesh and later became its Prime Minister. It has been observed that ‘no man in the entire history of modern world except Mao for different reasons has hypnotised his people as Mujib did’. Bangabandhu not only achieved liberation for the people of Bangladesh but also took many programmes for the freedom of countrymen and infrastructural development of the country. That’s why Cuba’s revolutionary leader Fidel Castro once compared Bangabandhu Sheikh Mujibur Rahman with the Himalayas.

Bangabandhu chose his struggling life for and dedicated his life to bringing freedom of the people. He earned independence for the countrymen, presented a state to them and gave scope for their self-identity. Bangabandhu had wanted to give beautiful life to the people after bringing them freedom. It is our bad luck that he could not leave by building the country. Bangladesh could have attained its desired goals in all the socio-economic fields within 10 years of the country’s independence had the Father of the Nation Bangabandhu Sheikh Mujibur Rahman remained alive and carried on with his economic farsightedness. The Father of the Nation laid the foundation of the country’s development in just three and a half years of independence through his courageous steps for rebuilding a war-ravaged country.

Bangabandhu envisioned equal rights for all. He took an economic policy immediately after the independence, envisioning equal rights for all. The new government, under the leadership of Bangabandhu, outlined the fiscal policy, prioritising relief and rehabilitation so the war affected people, especially the rural poor get necessary support to start their life anew. Bangabandhu within just a short period of time from the independence had constituted a very strong and farsighted five-member Planning Commission. Considering the future development journey of a war-hit country, Bangabandhu had been able to award the country’s first five-year plan before the nation alongside undertaking various reform initiatives in different sectors to reenergise the economy since the state coffer was almost zero after the War of Liberation.

Bangabandhu had reenergised the country’s agriculture sector through undertaking various initiatives. It was only Bangabandhu who had laid the foundation of the country’s huge successes in agriculture. Bangabandhu always worked for the poor. Even when he was a little child, he shared his father’s crops with his poor neighbours. Before the election in 1970, Bangabandhu declared that farmers would not require paying tax for owning 25 bigha lands, but none would be allowed to own more than 100 bighas of land. Even the key issue of the six-point movement was to ensure economic rights since the Pakistan government effectively detached the people of East Pakistan from all sorts of economic activities.

In the early dawn of 15th August, 1975 the founding father of the People’s Republic of Bangladesh, Bangabandhu Sheikh Mujibur Rahman, and the members of his family were killed by a group of wayward army officials. Martial law was imposed in the country and an indemnity ordinance was passed on November 8, 1975 by the then parliament immunity from prosecution the self-confessed killers of Bangabandhu by incorporating the notorious ordinance in the Fifth Amendment to the Constitution of the People’s Republic of Bangladesh. This was a manipulation of the Constitution. No subsequent government repealed the said ordinance but played with the Constitution until the indemnity ordinance was repealed in 1996.

People saw misuse of power after the assassination of Bangabandhu. The trial court and the High Court had handed down verdict observing all points. The law enforcers did not maintain their duties at that time. The then government should have maintained law and order. The law-enforcement agencies and the people who were in charge of the state including heads of the armed forces, the attorney general and the home secretary did not do their job. Nobody moved to hold the trial. All of them failed. The members of the armed forces were sworn in to safeguard the republic, the president and the Constitution. They breached their oath although they took oath to save all the three even at the cost of their own lives.

The High Court division issues suo moto rule on various issues. But no suo moto rule was issued regarding the trial of the killing not being held. The judges are neutral as per the Constitution. The court failed to prove so after 15th August, 1975. The judiciary totally failed at that time. After the killing of Bangabandhu, there was grave misuse of power. The door to the trial was shut by clamping Indemnity Ordinance on 26th September, 1975. The retired and dismissed army officers were reinstated to jobs and paid salaries and allowances but they were not indemnified by law. This is against the rule of law and unconstitutional. Nobody questioned the unconstitutional and illegal activities of the then government. The unconstitutional activities are meant for belittling the Constitution. It happened following the killing of Bangabandhu. The culture of indemnity means disrespect to the rule of law, human rights and the Constitution. The government rehabilitated the killers of Bangabandhu. They were given jobs and made opposition leaders in the parliament.

Bangabandhu was a man of huge self-esteem and an abundance of confidence. But he was polite in dealing with the leaders of other nations and yet he remained keenly aware of what he needed to tell them about his people and their travails. For example, in Delhi, on his way back home to Bangladesh, he rather surprised Indian Prime Minister Indira Gandhi by asking her when she would withdraw her soldiers from Bangladesh. By 17th March, 1972, Bangabandhu's birthday, India began taking its soldiers back home.

Once at a press conference, renowned journalist David Frost asked Bangabandhu, ‘Mr. Prime Minister, what is your qualification?’ Bangabandhu replied with a smile, ‘I love my people’. David then asked, ‘What is your disqualification?’ Putting off his spectacles and wiping his eyes, he answered, ‘I love them too much’. Bangabandhu might have been killed physically but his soul is immortal. He lives eternally. As long as this country exists, he will exist immortally. Bangabandhu dedicated his whole life for the welfare of the people. Bangabandhu is the symbol of freedom and struggle for the entire world.

The writer is a Chinese Government PhD Fellow and Assistant Professor,