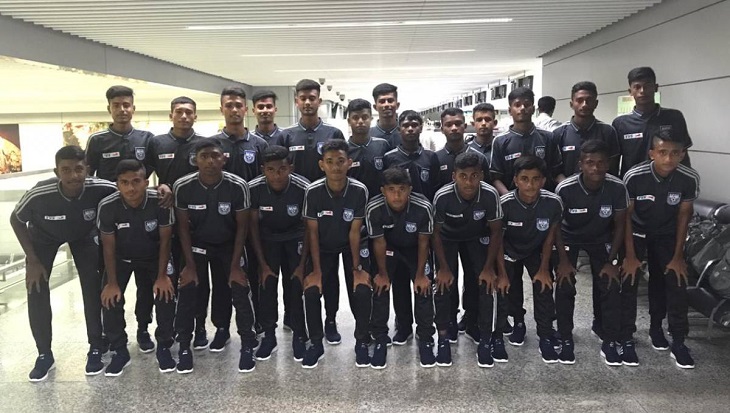 Defending champions Bangladesh reached Nadia district in the Indian state of West Bengal Monday morning to participate in the SAFF Under-15 Championship 2019.

The South Asian junior age-level competition will be held at the Kalyani Stadium there from Aug 21-31. Five countries are taking part.

The team checked in at the Dolphin Place Hotel in Kalyani.

Bangladesh will take on Bhutan in their opening match on August 23, then play Sri Lanka on August 25, Nepal on August 27 and hosts India on August 29. All five teams will play each other once in the first round.

Top two teams will qualify for the final on August 31.