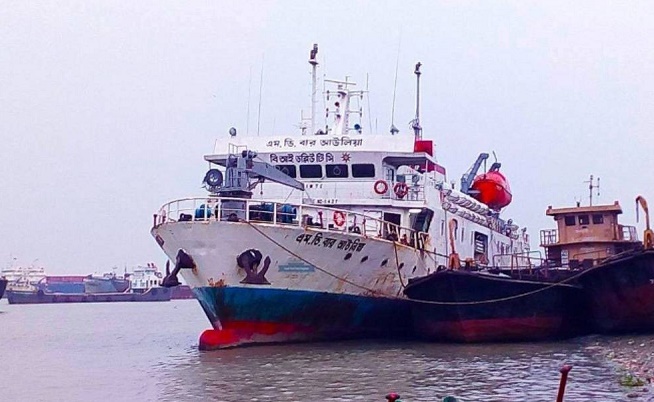 The Cabinet on Monday approved in principle the draft of ‘Mongla Port Authority Bill, 2019’ with a provision to give tougher punishment for polluting the environment.

The approval came from the Cabinet meeting held with Prime Minister Sheikh Hasina in the chair at her office.

“The bill was placed in the cabinet aiming to abolish the Chalna Port Authority Ordinance 1976 as it was promulgated during a military regime,” said Cabinet Secretary Mohammad Shafiul Alam while briefing reporters at the Secretariat.

As per the bill, the punishment for harming the environment by polluting water, land and coast has been raised to a one-year imprisonment or a fine of Tk five lakh or both, he said. The fine is Tk 50,000 in the existing ordinance, he said.

According to a new provision incorporated in the bill, the punishment for dodging toll, fee and other charges of the port will invite a one-year jail or a fine of Tk one lakh or both, he added.

If anyone defies the law, he will be sentenced to six months in jail or be fined Tk two lakh or by both. The punishment is only a six-month jail and a fine of Tk 50,000 in the existing ordinance, said the Cabinet Secretary.

Besides, some new terminologies like ‘inland water vessel’, ‘terminal’, ‘berth’, container freight station and ‘lease’ have been incorporated in the bill, he said.

According to the bill, there will be a seven-member board to run the port. The number of the board members is now four in the existing ordinance.

The port authority can declare the restricted port area through a special order, said Shafiul Alam.

The Cabinet also approved the draft of two policies incorporating guidelines over the establishment of educational institutions for special students (differently-abled students).

“In the policies, there’s a guideline for setting up an institution (for differently-abled students),” said the Cabinet Secretary.

As per the policies, at least 75 students are needed for an institution to get recognition and came under the monthly pay order (MPO) system, he said adding that there will be a teacher against each five autistic students in such institutions, he said.

“No one can establish such institution without the government’s permission and maintaining standards here and there,” said Shafiul Alam.

No such institution can be run going beyond the policies, he said.

Besides, the Cabinet approved in principle the draft of ‘Chandpur Science and Technology University Bill, 2019’ to set up a university in Chandpur district.

The university will be established like other science and technology universities in the country, said the cabinet secretary adding that the President will be the chancellor of the proposed university.

In the beginning of the meeting, the Prime Minister unveiled a book of poetry titled ‘Swapno Panshi’ authored by Science and Technology Minister Architect Yeafesh Osman.

The cabinet approved a proposal for forming a company titled ‘Start Up Bangladesh Limited’ under Bangladesh Computer Council to create more entrepreneurs in the country's ICT sector.

The share of Bangladesh will be 51 percent against 49 percent of the Chinese company.

The joint venture company will produce and supply electronic items and prepaid metres in Bangladesh, the Cabinet Secretary added.

The cabinet was informed about the official bilateral visit of Prime Minister Sheikh Hasina to China from July 1-6 last.