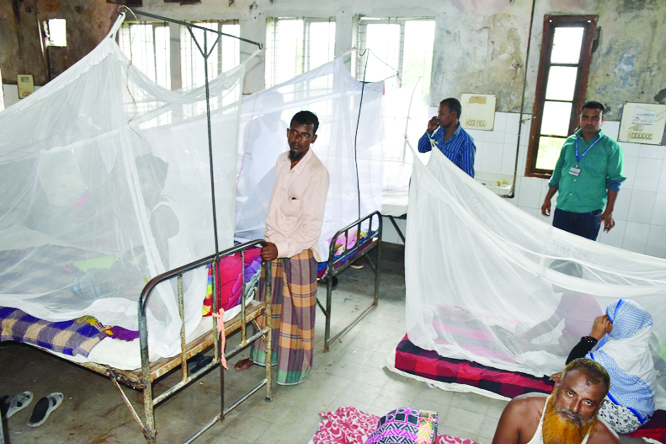 Around 88 percent of dengue patients, who have been admitted to hospitals across the country, have returned home after recovery, due to the prompt steps taken by government. A total of 54,797 dengue patients reported to different hospitals.

This number is declining because of various measures of the Health Department and massive awareness of the people, said the Disease Control and Line Director of DGHS Dr. Sania Tahmina at a press conference on Monday.

A total of 1,615 new dengue patients were admitted to different hospitals across the country in the last 24 hours.

However, 40 people died from the disease during the current year.

A total of 3,419 patients were currently under treatment in the 40 public and private hospitals in Dhaka and 3,314 were admitted in hospitals outside the city.