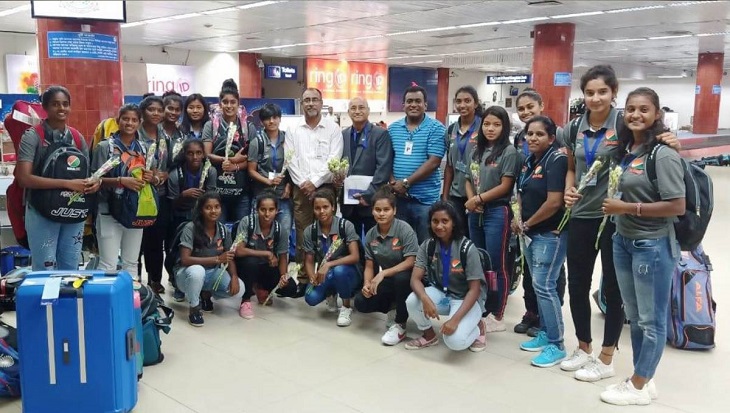 Bangladesh Women’s Hockey team will play a six-match series ahead of their maiden participation in the eight-team Women’s Junior (U-21) AHF Cup Asia Cup Hockey Qualifiers, scheduled to be held in Singapore from September 9–15 this year.

The first friendly match will kick at 4 pm on Tuesday.

Youth and Sports Secretary Dr Zafar Uddin will inaugurate the event as the chief guest.

“Our girls are going to participate in the first time in an international event. It’s just a beginning of women’s hockey in Bangladesh. We have a plan to form a senior women’s hockey team in addition to arrange women’s hockey league,” the BHF senior vice-president added.

Part-time Indian advisory coach Ajay Kumar Bansal said, “The team are very talented. They need extensive exposure and they have to do practice continuously. It’s just the beginning. So, don’t expect any big result from them.”

Asked about the visiting Indian team, Bansal said, “Visiting Indian team are a very strong side. Bangladeshi girls will have an opportunity to learn many things from them and as well as to gather experiences to play international matches. Celebrity Indian hockey coach and Dronacharya awardee Maharaj Krishan Kaushik will come with the team. Bangladeshi girls will know many things from him.”

One of the key players of Bangladesh Women’s team Sadia Khanom said, “We’ve practised well. Our coaches are also good. We’ve learnt a lot. I do hope we can win 2-3 matches against the Indian team.”