Onion price heats up at Hili 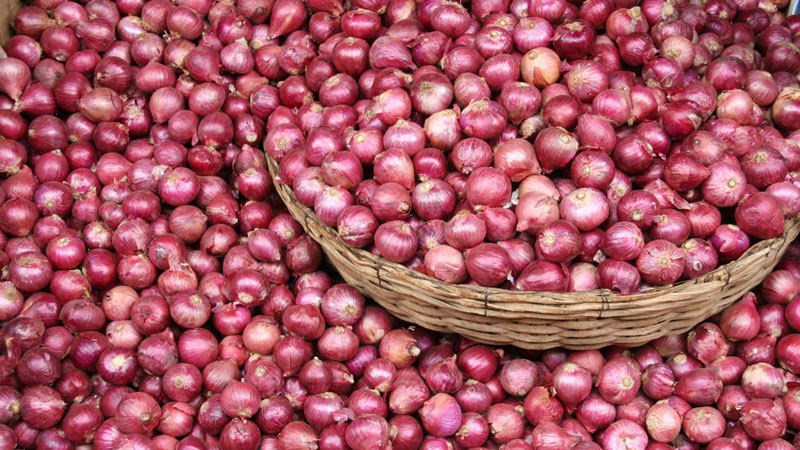 Wholesale traders have hiked the onion price by Tk 10-11 per kg here on the excuse of short supply following the closure of Hili port for eight days on the occasion of Eid-ul-Azha.

The imported onion was selling at Tk 31-32 per kg against Tk 20-22 before the Eid after the export-import activities resumed at the port on Sunday.

Wholesale trader Morshedur Rahman said 23 trucks with 500 metric tonnes of onion entered the country from India on Sunday. “Indian onion supply through the port remained suspended for eight days. So, traders from different parts of the country throng the port to buy onion, which has shot up the price.”

He also feared that the onion price might see another hike in a week as flood damaged crops in India.

Onion trader Shahidul Islam, hailing from Rangpur, said it costs Tk 35 per kg of onion with transport cost. “I’ll have to sell onion at least at Tk 36-Tk 37 a kg to avoid losses.”