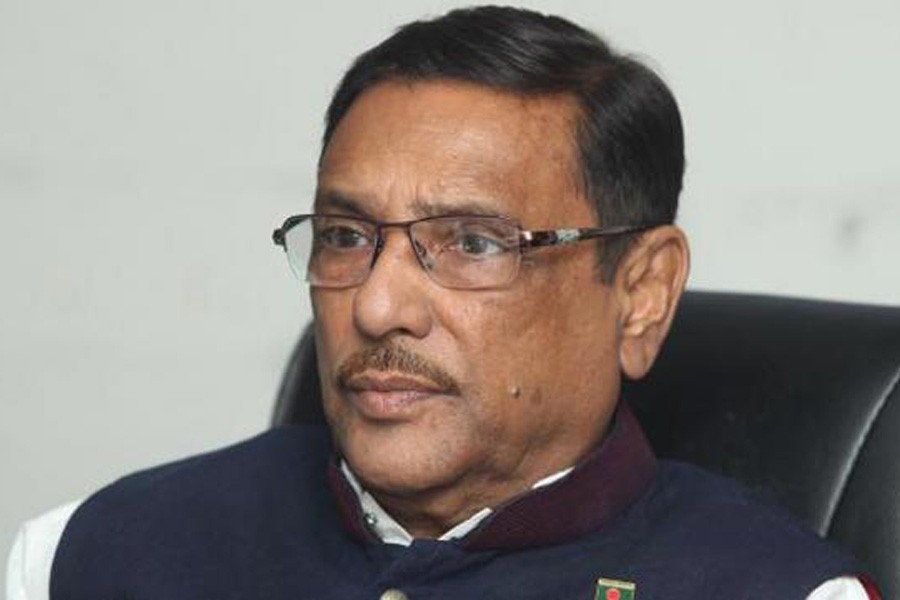 “BNP has failed to wage movement for a minute in the last one and half year. They have also failed to free Khaleda Zia through legal battle. After being failed on every issue, they have been lodging complaints to the foreigners against the country. Now they are planning to lodge complaint with the United Nations,” Quader said.

“Such action proves that the party has become politically bankrupt,” he said.

Quader, also road transport and bridges minister, came up with the remark while distributing relief among the victims of the Mirpur slum dwellers.

Over 3,000 shanties were gutted by a devastating fire that broke out at the slum at Rupnagar in Mirpur area on Friday.

Pointing at the BNP, Quader said BNP became failure in court and on the street as well.

As the party has failed to get the public support too, it does not have any option but to lodge complaint to the foreigners, he said.

Pointing finger at Mirza Fakhrul Islam Alamgir, Quader alleged that the BNP staged a drama in the name of distributing relief among the victims.

“He (Alamgir) only denounced government and local representatives. People do not want to listen to such rhetoric. Instead of providing any support, you just delivered rhetoric,” he said.

The minister assured of providing all supports to rehabilitate the victims.

“The Awami League will stand beside you with relief and other support till the rehabilitation is done,” he said.

The minister also spoke on the recent causalities on road during the Eid vacation.

At least 224 people were killed and 866 were injured in 203 road accidents across the country during the Eid holidays.

“We will sit for a meeting within a day or two to look into the reasons for accidents,” he said.