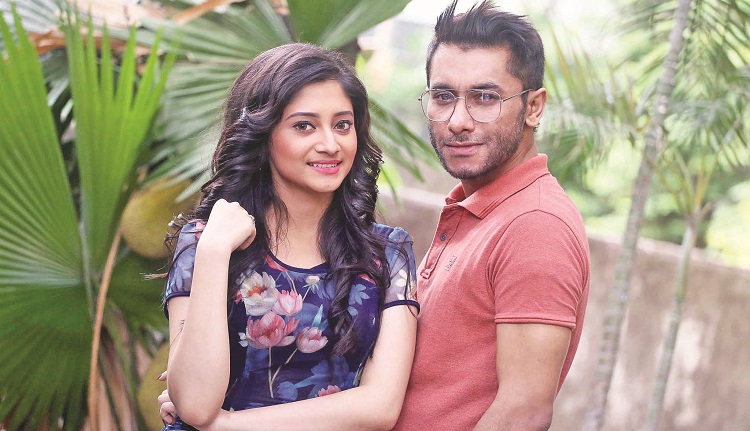 Popular artistes in the time Taskeen Rahman and Puja Cherry are working on their first project together for the movie ‘Shaan’. In the movie Puja will be seen as Riya and Taskeen will portray the role of Motin.

The shooting has already begun and the second lot of the shooting will begin from November.

Talking about his upcoming venture actor Taskeen said, “I feel blessed that within a very short period of time, I have been able to establish myself in the showbiz industry. I have come from Australia for a long period of time to do some good projects. This is my first work with Puja. She is hardworking and extremely dedicated actress.”

On the other hand, Puja said, “Taskeen bhai is very charming person and definitely a talented actor. His acting is excellent and he really brought the character to life. I am very happy to doing this movie.”

Taskeen Rahman and Puja Cherry have made their mark in the showbiz industry with their performances in movies. The actors have garnered a strong position in showbiz within very short time.

Taskeen has been impressing all with his natural acting skills ever since he made his appearance in ‘Dhaka Attack’. Later, he was seen in the movies ‘Sultan: The Saviour’, ‘Jodi Ekdin’ and ‘Boyfriend’.

On the other hand, Puja came to the limelight with the movie ‘Poramon 2.’ She was also seen in the movies Noorjahan and Dohon. All the movies were appreciated by the audience.