‘Mayaboti’ to be released on September 13 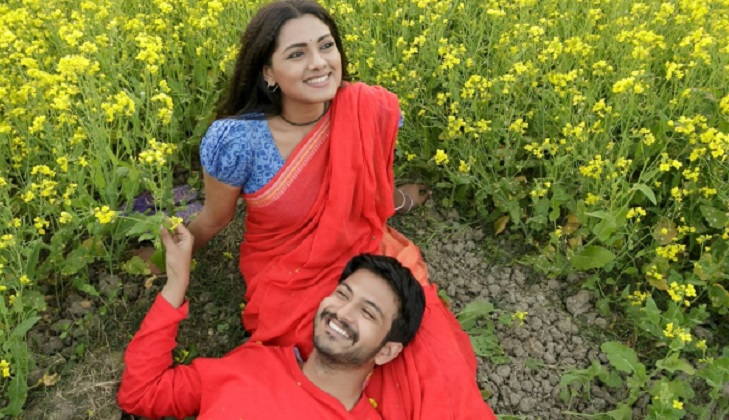 Arun Chowdhury directed film ‘Mayaboti’ is all set to be on September 13 across the country including Dhaka.

The film is jointly produced by Anwar Azad Films and Unique Creation Vision. Nusrat Imroz Tisha and Yash Rohan portrayed the main characters of the film.

In last year the film 'Altabanu' was released in the story and screenplay of Arun Chowdhury who was the director of 800 dramas.

‘Mayboti’ is the second film of Arun based on his story, screenplay and direction. After getting the censor certificate on Jun 17, the date of release finalized as of September 13.

The duration of the film is 2 hours 20 minute and the story is on ‘Women Trafficking’. A girl named Maya was stolen in childhood from her mother and sold to Daulatdia red light area. Growing up there, Mayaboti entangled herself with a relation with song master. For adding reality in the music-based film, the shooting has done in the red light area of Daulatdia.

This is the first time Tisha starred in the name character of any film. It also the first work with Shopnojal hero Yash Rohan. Apart from this, Fazlur Rahman Babu, Raisul Islam Asad, Dilara Zaman, Mamunur Rashid, Wahida Mallick Jolly, Afroza Banu, Aruna Biswas, Tanvir Hossain Prabal and many others have also acted in the film.