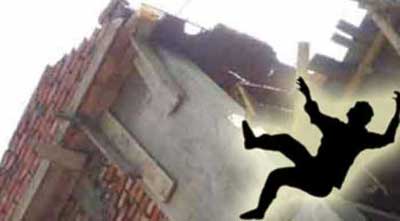 A college student died after he fell from the rooftop of a four-storey building at Karatitola area of Swamibag in Old Dhaka on Monday morning.

Jamal Sarder, deceased’s uncle said that Sabbir fell from the roof of the building when he was walking there in the morning.

Later, the injured was first admitted to Local Salahuddin Hospital but doctors of the hospital referred him to Dhaka Medical college Hospital (DMCH) as his condition deteriorated. But doctors of DMCH declared him dead on arrival.

Bachchu Mia, in-charge of the DMCH Police Camp said that Sabbir’s body was kept at the hospital morgue for an autopsy.