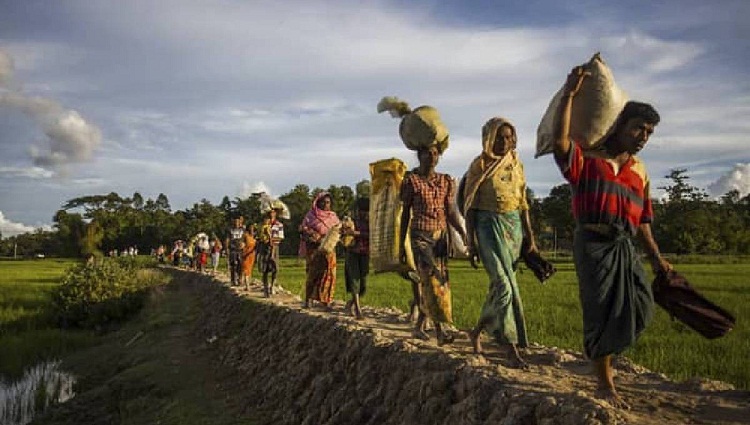 Norway has laid emphasis on working together to make sure that things are improving on Myanmar side and expediting the global efforts to ensure the “voluntary and safe” return of Rohingyas to their place of origin in Rakhine State.

“We’ll have to work together to make sure that things are improving on Myanmar side. I’m working very closely with the Norwegian Embassy in Yangon,” Norwegian Ambassador to Bangladesh Sidsel Bleken told journalist in an interview, reports UNB.

Ambassador Bleken, now in Oslo to attend the annual meeting of ambassadors on Monday, said she will have talks with the envoys of the neighbouring countries and Asean member states to find ways how they can do together in the region.

Responding to a question, she said the role Norway can play is to be part of the international community’s dialogue with Myanmar authorities, support the UN efforts and have dialogue with a number of other countries in the region that may have greater influence in the region.

Bangladesh and Myanmar are trying to go for the second attempt to begin the repatriation of Rohingyas this month with a tentative date -- August 22.

The first batch of Rohingyas was scheduled to return on November 15 last year but it was halted amid unwillingness of Rohingyas to go back for lack of a congenial environment in Rakhine.

Earlier, Foreign Minister Dr AK Abdul Momen hoped that the repatriation of Rohingyas will begin this month on a small scale. “I’m very positive…I’m expecting that we can start this month.”

Asked whether the repatriation will begin on Thursday, a senior official involved in repatriation process told UNB that nothing is confirmed yet regarding date.

Talking about the likelihood of resuming repatriation, Ambassador Bleken echoed what the United Nations and many other countries have said before - repatriation must be “voluntary and safe.”

The envoy said she would love to see the repatriation takes place but reminded that there are three parties -- Myanmar, Bangladesh and Rohingyas themselves.

With the latest list, Bangladesh has so far handed the names of around 55,000 Rohingyas to the Myanmar authorities and around 8,000 of them have been verified.

Bangladesh is now hosting over 1.1 million Rohingyas and most of them entered the country since August 25, 2017. Bangladesh and Myanmar signed the repatriation deal on November 23, 2017.

The delegation of Myanmar’s Independent Commission of Enquiry (ICOE) which arrived here on Saturday, is likely to visit Cox’s Bazar Rohingya camps on Monday (Aug 19), an official told journalist.

The delegation will also have meetings with government officials and the officials of UN agencies in Cox’s Bazar.