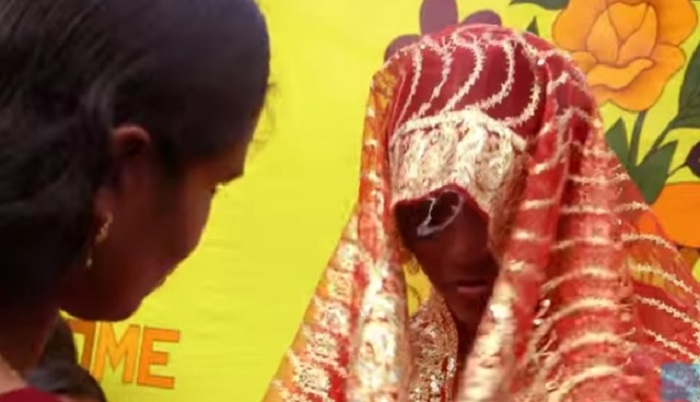 A total of six schoolgirls have been saved from the disaster of child marriage in the space of just two days in Sirajganj, thanks to the prompt action of the local administration.

According to the sources, the mobile court which was led by Assistant Commissioner (Land) and Executive Magistrate Anisur Rahman, foiled the marriage preparations of a 9th grader of the local high school, Sabrina Khatun Kotha (15) with Sumon Hossain (25) in the nick of time.

Based on information from a hidden source on Saturday afternoon, the action occurred at the bride’s maternal grandfather’s house in Hossainpur colony of the municipality area. The court then immediately fined both the parents of the bride and the groom Tk 10,000 taka each.

Another incident occurred the same night with a girl of 7th grade at the Sirajgonj sadar upazila named Tania (13) who was scheduled to get married to Alhaz (22). The marriage was immediately stopped by the court and the bride’s father was fined with the statement that the marriage must be postponed until the girl is of legal age for marriage.

On Friday, four girls were rescued from early marriage by the same court. Based on the tip-offs from secret sources, the early marriages of 8th grader Sumi Khatun (13) from Sadar upazila’s Telkupi village, 9th grader Subarna Khatun (14) from municipality area’s Hossainpur colony, another 8th grader Masuda Khatun (13) from Shyampur village of the same area and Krishnajibanpur village’s 10th grade student Mukti (16) were stopped by the court.

Fathers of these four girls were then fined and had to sign the bond that the girls must not be forced into marriage until they are of legal age.

According to UNICEF, Child Marriage is defined as a marriage of a girl or boy before the age of 18 and refers to both formal marriages and informal unions in which children under the age of 18 live with a partner as if married. Child marriage affects both girls and boys, but it affects girls disproportionately, especially in South Asia. Bangladesh has the highest rate of child marriage in Asia (the fourth highest rate in the world).