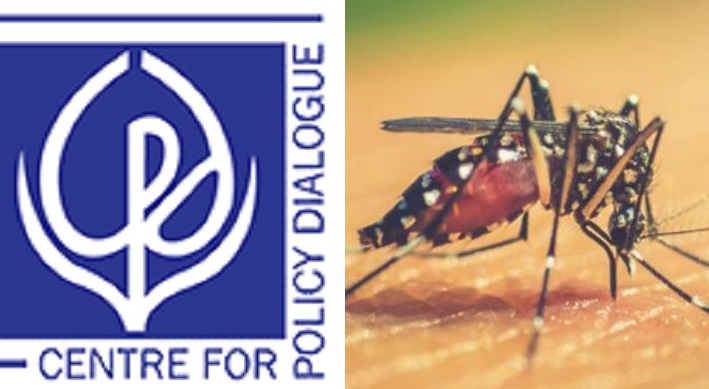 The Center for Policy Dialogue (CPD) was fined Tk 20,000 as Aedes larvae were found in their under-construction building, reports UNB.

Besides, another building owner was also fined Tk 10,000 in Sukrabad area.

DSCC launched the drive as currently, 7,168 dengue patients are undergoing treatment at different hospitals and clinics, among them 3,668 were hospitalized in the capital and 3,500 around the country.

Bangladesh is grappling with its worst outbreak of dengue. Dhaka, the densely-populated megacity, has been at the centre of the outbreak.