PM against protocol that obstructs her contact with people 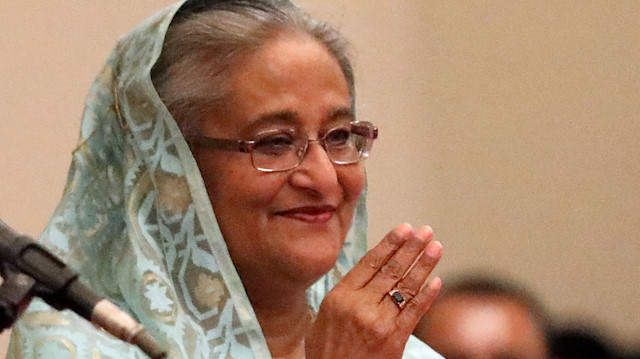 Prime Minister Sheikh Hasina on Sunday said she does not want the protocol that creates an obstacle to her way to get close to people.

"It’s true people have elected me Prime Minister by casting their votes. But I'm the daughter of the Father of the Nation. So, I think I’ve a duty and responsibility towards the country. Being the Prime Minister, I never allow that protocol which creates a barrier, and I don't want to allow this as well," she said.

Sheikh Hasina said this while exchanging Eid greetings with officials at the Prime Minister's Office (PMO).

"I want to mix with all, know them and work with them. We'll work as a team so that the development of the country is expedited," she further said.

Pointing at the PMO officials, the Prime Minister said anyone can contact her directly, if needed.