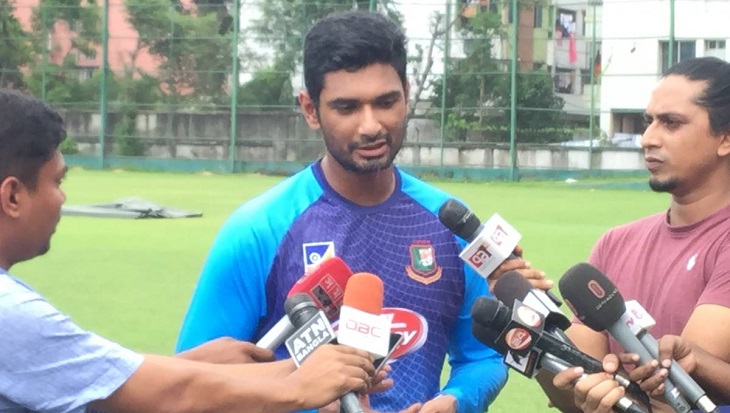 Bangladesh all-rounder Mahmudullah Riyad started gearing up after the Eid vacation as he batted for an hour and bowled five overs at the academy ground in Mirpur on Sunday, reports UNB.

Mahmudullah had been suffering from several injuries. But as per the latest update, he felt no pain while batting, and bowled five overs without complaining any pain as well.

Mahmudullah failed to impress in the World Cup. He also disappointed during Bangladesh’s first assignment after the World Cup in Sri Lanka. Due to his regular downfall, critics are seeking his removal from the national set up. But, the all-rounder is upbeat to flare up.

“We have many games coming along the way. I’m confident to do well and take advantage of the chances,” he further said.

Bangladesh’s next challenge is the one-off Test against Afghanistan before facing them and Zimbabwe in a T20 tri-series.

Mahmudullah believes if Bangladesh can play according to their strength, they will get the result in their favour.