US and China seeking to revive trade talks: Trump advisor 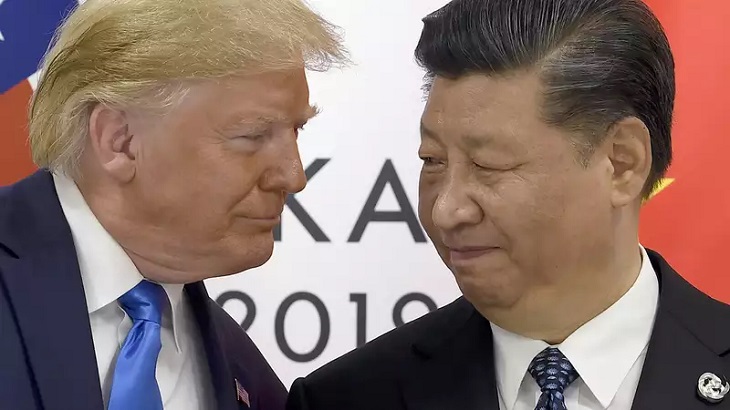 If teleconferences between both sides' deputies pan out in the next 10 days "and we can have a substantive renewal of negotiations," Larry Kudlow said on "Fox News Sunday," "then we are planning to have China come to the USA and meet with our principals to continue the negotiations."

That left it uncertain, however, whether a Chinese delegation would be coming to Washington next month, as a White House spokesperson predicted after US Trade Representative Robert Lighthizer and Treasury Secretary Steven Mnuchin left a round of trade talks in Shanghai in July.

But Kudlow emphasized that phone conversations held last week to follow up on the Shanghai talks -- involving Lighthizer, Mnuchin and two senior Chinese negotiators, Vice Premier Liu He and Commerce Secretary Zhong Shan -- were "a lot more positive than has been reported in the media."

World financial markets have been on edge amid a series of signs pointing to a serious slowing of the global economy -- notably because of the trade war between the world's two largest economies -- and have been reacting strongly to even the slightest new indicator.

The US-China negotiations began in earnest in January and seemed at first to make substantial progress, raising hopes that a trade deal could be rapidly reached.

But during the spring, the US president abruptly called off the talks, saying the Chinese had reneged on earlier commitments.

The discussions resumed again in June at the highest levels in the margins of the G-20 summit meeting in Osaka, Japan between Trump and his Chinese counterpart Xi Jinping.

But markets were hit with a fresh surprise when Trump suddenly announced that as of September 1 he was imposing punitive 10-percent tariffs on $300 billion in Chinese goods that had so far been spared.

And then came the announcement from the White House that Trump -- already campaigning for re-election in 2020 -- had decided to delay imposing the tariffs until December 15 so as not to cast a shadow on the Christmas shopping plans of Americans.