Eight injured in clash at DMCH 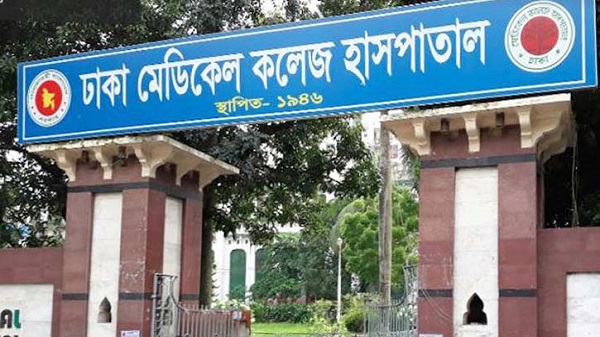 At least eight people were injured in a clash between members of staff on one side and nurses on the other of the Pathology Department of Dhaka Medical College and Hospital (DMCH) over delivering a test report on Sunday.

The incident took place in the Pathological Department of the new DMCH building.

Witnesses said some nurses attacked one Foyez, a member of staff of Pathology Department, over a delay in providing a pathology test report to them, triggering a scuffle that eventually broke off.

After a while though, the nurses returned with some of their colleagues again and assaulted Dr Abdul Aziz, head of the Pathology Department. A brawl then broke out among them, leaving eight people injured.

Kamal Patwari, president of the Nurses Association of the hospital, claimed some staff of the Pathological Department attacked the nurses over a trifling matter.

Terming the incident ‘unwanted’, Brigadier General AKM Nasir Uddin, director of the hospital, said a probe body was formed to look into the incident and the committee has been asked to submit its report within a week.