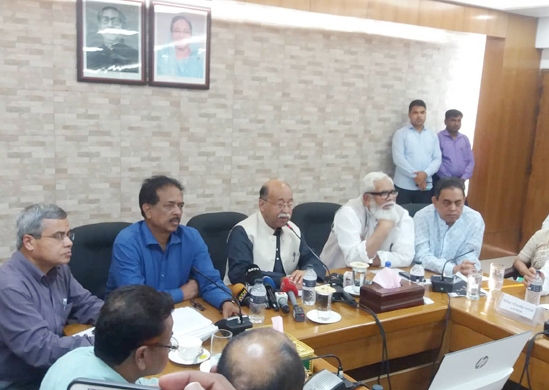 Merchants have agreed to resume the sales of rawhides of sacrificed animals to tanners from today (Sunday) backing off from its Saturday’s announcement, paving the way for resolving the crisis in the leather industry.

President of the Bangladesh Hide and Skin Merchants Association (BHSMA) Mohammad Delwar Hossain came up with the new announcement after a tripartite meeting of tanners, merchants and others stakeholders of the leather industry at the Commerce Ministry.

“We’ve decided unanimously to sell rawhides from today. We‘ve also angered to retreat from our earlier decision to keep the rawhide sales suspended,” he said.

Replying to a question, Delwar said the Federation of Bangladesh Chambers of Commerce and Industry (FBCCI) has been given the responsibility to realise the dues of merchants from tanners.

He said Industries Minister Nurul Majid Mahmud Humayun and the Private Industry and Investment Adviser to Prime Minister Salman F Rahman will work for resolving the problem in this regard.

Delwar also said the Skin Merchants in Dhaka and outside have around Tk 400 crore dues to the tanners. “We hope the tanners will pay our arrears within a shortly.”

On Saturday, BHSMA decided to keep the rawhide sales to the tanners suspended until their arrears are paid.