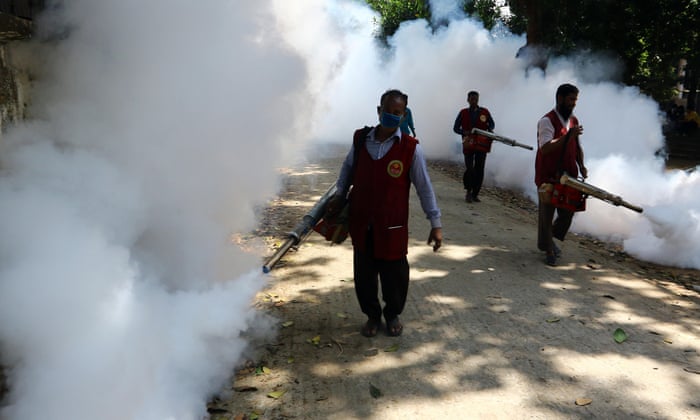 Around 86 percent out of total 53,182 patients, who have been admitted to hospitals across the country, have returned home after recovery, said Directorate General of Health Services (DGHS) in a meeting on Sunday.

It was stated in the meeting that a total of 45,974 patients infected with the mosquito-borne disease have left hospitals so far.

According to a Health Crisis Management and Control Room of DGHS release issued today, a total of 1,706 new dengue patients were admitted to different hospitals in the last 24 hours.

A total of 7,168 patients are currently under treatment in different hospitals and clinics across the country.

Among them, 3,668 patients are being treated at 40 different hospitals in the capital while the number of patients outside Dhaka is 3,500.

However, 40 people died from the disease this year since January last.