Flood-hit farmers to be rehabilitated: Minister 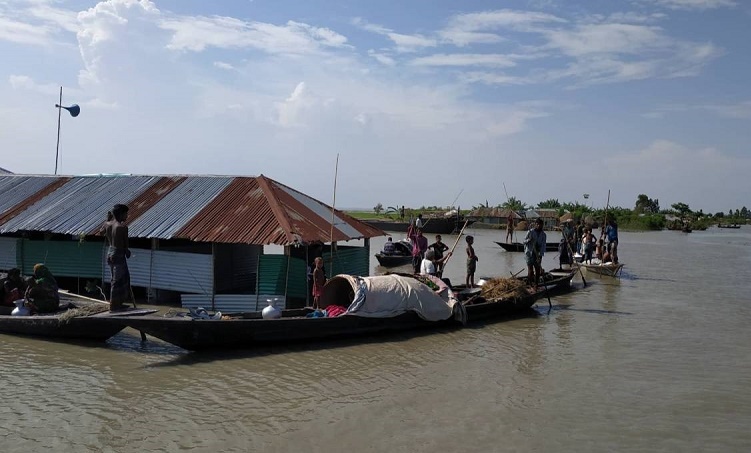 Agriculture Minister Dr Abdur Razzaque on Sunday said the government will rehabilitate the flood-affected farmers and provide them with free fertilisers and seeds for the next Robi crop cultivation.

He came up with the announcement at the Secretariat while exchanging Eid greetings with officials.

The minister said there has been little agricultural damage during the recent flood as there was no crop on croplands but seedbeds suffered damages. “Meanwhile, seeds have been sent to the affected areas so that famers can achieve the Aman production target.”

Abdur Razzaque said the government has kept aside a Tk-120 crore fund for providing agricultural subsidy to farmers.

Asked about the extent of seedbed damage by flood, he said it cannot be more than Tk 200 crore as floods did not hit all the districts.

He said the government’s aim is to modernise and mechanise the traditional agricultural system.