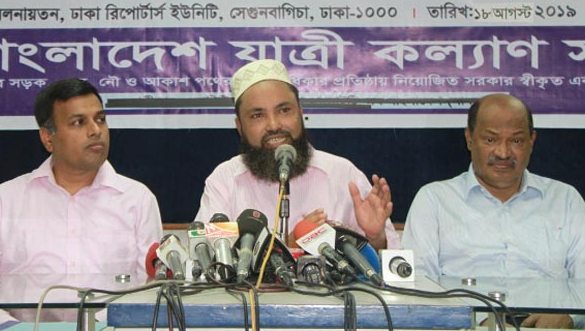 Bangladesh Jatri Kalyan Samity on Sunday said that at least 224 people were killed and 866 others injured in 203 road accidents this month across the country.

The statistics were released at a press briefing held at Dhaka Reporters Unity (DRU) today.

The organisation prepared the statistics on the basis of news reports of 41 national and regional newspapers and 11 online news portals from August 6 to August 17, Mozammel Haque Chowdhury, secretary general of the association, said.

According to the statics, at least 13 people were killed and 15 others injured in incidents of train crashes.

Moreover, 16 people were killed and 27 others injured in 24 waterways related incidents while a total of 59 people are remaining missing after those incidents.

Among the deaths 52.21 per cent deaths are of pedestrians being run over, 21 per cent was caused in head-on collisions, 17 per cent happened as a result of drivers losing control over the wheels and 9 per cent are from other unknown causes.

Mozammel Haque said, reckless driving, speeding up and using motorbikes for long journeys are the main causes of such a huge number of accidents and deaths.