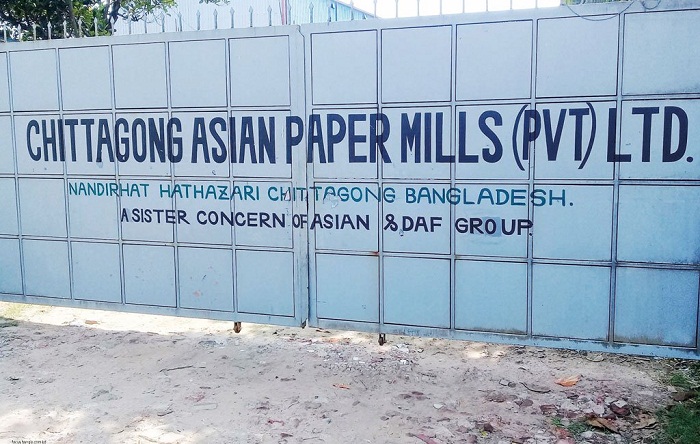 The Department of Environment has directed Asian Paper Mills to shutdown for polluting the Halda river by dumping waste in it.

DoE director (Chattogram) Azadur Rahman Mollick said a team from the divisional office of the department visited the mill on August 14 and issued the order to shut it saying that its waste management system was faulty.

He said the mill authorities were polluting the river by draining its untreated water into the river.

The paper mill was declared shut as it violated four conditions, including the construction of an effluent treatment plant (ETP) in their factory.

The paper mill is situated at Nondirhat in Hathazari upazila of the district.

On July 17, the DoE suspended the production of Picking Power Plant in Hathazari upazila and fined it Tk 20 lakh on charge of polluting the Halda River by dumping wastes.

The DoE issued the order to the authorities of the 100 mw power plant during a hearing on allegations of polluting the river by dumping wastes.