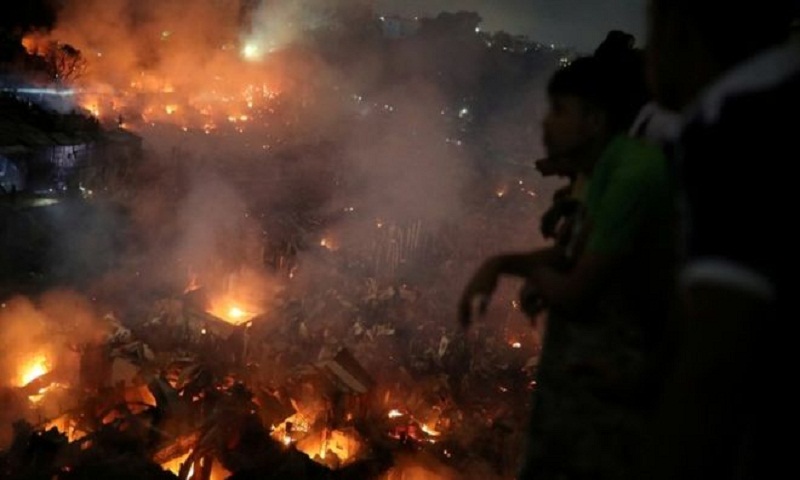 A massive fire has swept through a slum in Dhaka, the capital of Bangladesh, leaving 50,000 people homeless.

About 15,000 homes were destroyed in the Chalantika slum late on Friday.

Many homes had plastic roofs, which helped the flames to spread. No deaths have been reported, although several people were injured.

Most residents are low-wage earners and many were away after the Muslim festival of Eid al-Adha. There is no word on the cause of the fire.

An investigation is under way. Firefighters took more than six hours to put out the flames.

The government says relief will be provided for the many thousands who are now without shelter.

In February a fire in the historic district of Dhaka killed about 80 people, and nine died in another blaze in a slum in the coastal city of Chittagong.