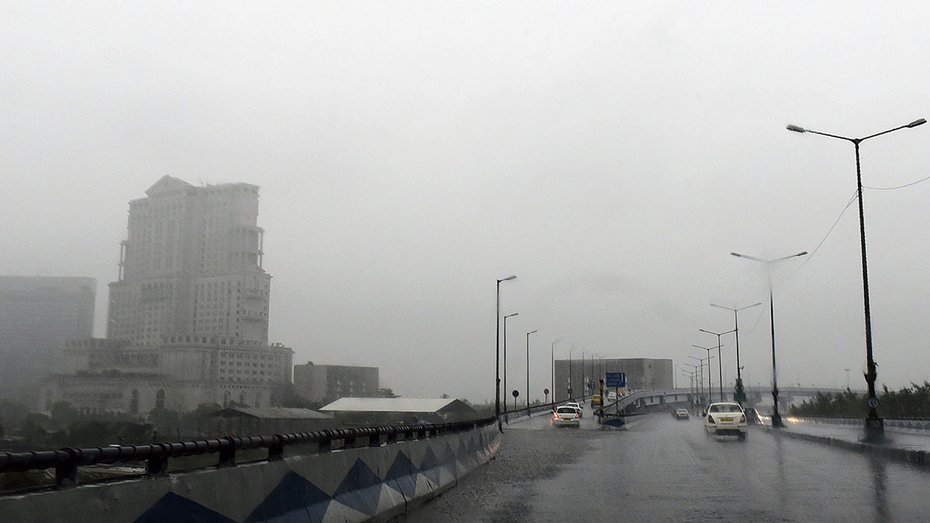 Several parts of Kolkata, one of major cities in India, were flooded as it rained through the night on Friday and on the first half of Saturday.

The city had received almost 100mm of rain in just three hours on Friday afternoon.

Meteorologists of the country on Saturday attributed the downpour to a cyclonic circulation. The Met office said heavy rain was likely in Kolkata and the rest of Bengal till Sunday evening.

The city received 103.4mm on Friday and 88.5mm on Saturday till 8.30pm, according to the Met office records in Alipore(Kolkata).

The rain was fairly widespread. According to the Kolkata Municipal Corporation’s weather-tracking website, Chowbagha off the Bypass received 129mm, Ultadanga 110mm, Cossipore 97mm, Ballygunge 76mm and Patuli 88mm of rain in the past 24 hours.

More rain. The Met office has predicted heavy rain in Kolkata  and rest of Bengal till Sunday evening. As the system heads towards Jharkhand, the intensity of the rain in Kolkata and adjoining areas is tipped to weaken from the second half of Sunday.

From Monday, the rain will be more intense in the western districts of Bengal like West Midnapore and Jhargram. The districts are tipped to get heavy rain as the system passes by.

Before Friday, the cumulative rain deficit was 44 per cent for Kolkata. On Saturday morning, it came down to 28 per cent.

Friday and Saturday’s rain has taken the city’s rainfall count to 400mm till August 17.

The entire month’s normal count is around 345mm. The surplus is a break from the deficits recorded in June and July.

Saturday’s rain and cloud cover brought the Celsius down to 26.6 degrees, five notches below normal — the coolest since March 1 when the city had recorded a maximum temperature of 26.4 degrees Celsius.

A cyclonic circulation, which formed over Bangladesh on Friday. On Saturday, the circulation was over Bengal and adjoining Bangladesh, a Met official said.

The place where the circulation formed is the key to heavy rain in Kolkata, the official said.

“The cyclonic circulation formed over Bangladesh and tilted Southwest at the top. Calcutta and North and South 24-Parganas are southwest to Bangladesh. That led to heavy rain in Kolkata and adjoining areas,” G.K. Das, director, India Meteorological Department, Calcutta, said.

The system is likely to intensify into a low-pressure area in the next 24 hours before heading for Jharkhand.

So far, this season, the rain-triggering systems had formed over the Bay of Bengal, mostly in the Northwest.

These systems were often tilted southwest at the top, leading to heavy rain in Odisha and adjoining areas, located in that direction, Das said.

Several parts were waterlogged. “Kolkata’s drainage is equipped to drain out water only if it rains up to 6mm an hour. The rain on Saturday coincided with the high tide in the Hooghly and the lock gates could not be opened from noon to 4pm,” a CMC official said.