Everything in place for Bangladesh to be a powerhouse: Russell Domingo 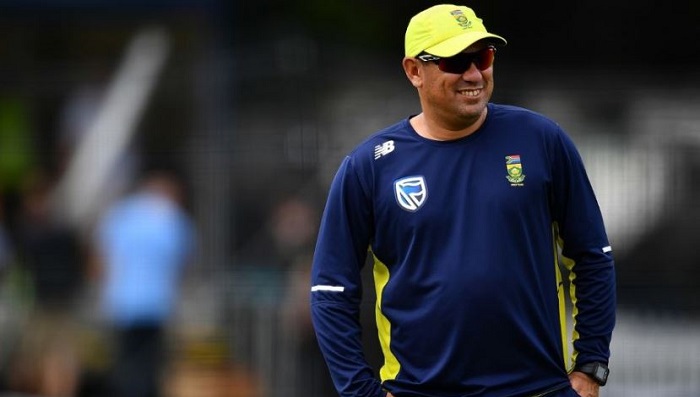 Russell Domingo was a rank outsider among the candidates who applied to be Bangladesh's head coach.

The BCB's initial targets were among Andy Flower, Mike Hesson, Paul Farbrace and Grant Flower. They were also weighing up a possible return for Chandika Hathurusingha, their head coach from 2014 to 2017.

Even Mickey Arthur made a late entrance on their wide radar.

The difference between all of them and Domingo was his desire. Domingo made the trip to Dhaka for his interview, and it was during that short window that he really impressed his new bosses.

Hesson and Hathurusingha were still in the picture, but Domingo had made an imprint.

When announcing his appointment nine days later, BCB president Nazmul Hassan made a mention of how Domingo wanted to work with the team every day, without a break, for two years.

Those present during his interview were left mighty impressed with his presentation. So much that they kept talking about it. They mentioned it twice in press conferences, and his professional and pragmatic demeanour produced a positive vibe within the usually dour BCB top brass. Domingo's approach made it hard to ignore him, and nine days later, despite some of the top coaches still present in their hunt, he landed the job.

In an interview with ESPNcricinfo, Domingo said that he shared his experience of working at every level in a cricketing system. But his emphasis on giving importance to the lower levels of cricket, from where talent comes through, probably struck a chord with his new employers.

"I think you must ask them what was so impressive," Domingo said with a smile. "I have worked in various age-groups from the under-15s all the way through to the national side, so I think I am connected very much with the feeder systems.

The national side is your main priority, there's no doubt about that, but you must have a keen interest of what's happening just below the national side. Ultimately, it is where your players are going to come from. If I can have a small role to identify where the fringe players are coming from, I think it will be important going forward.

"Bangladesh have some fantastic players but it is good to have some young options coming into the system and creating some pressure on the senior players. Also, providing them with the odd opportunity to play international cricket, because ultimately that's where you need them."

To that end, Domingo said that he would have to be in touch with the high performance coach and manager to know which players are coming through the system and into the elite levels of training.

"I really think it is important to work with the high performance coach and manager, to figure out who the next best players are. The Under-19s beat England four times and pushed India really hard. There's obviously some richly talented players lower down in the levels that need to be brought close to the national side.

"We need to widen the base of players and try to develop players that can take Bangladesh cricket forward over the next five or six years," said Domingo.

Bangladesh's World Cup 2019 was a disappointing one after having promised much, but Domingo said that his experience as South Africa coach, when they lost a thriller against New Zealand in the semifinal in 2015, gave him an understanding of how to move on from such events.

"I have been there as a national coach. I was there when South Africa lost the World Cup semifinal. It took us a long time to overcome that particular … [defeat]. Look, I am not reading too much into the side's performance in Sri Lanka simply because straight after a World Cup, it is so hard to get yourselves going once again.

"I am excited with what I saw [of Bangladesh] in the World Cup. There were so many games when they got really close. You think of the game against New Zealand, it was a missed run out opportunity that made the difference in not reaching the semifinal. The margins are so small that it is about overcoming the mental obstacles. Now that the World Cup is done, it is time to move forward and take the learnings into the next World Cup."

This is Domingo's first coaching job outside South Africa, in whose system he has worked for two decades, but his experience meant he was also aware that at the highest level, the turnover for coaches could get high. "I think the head coach is the guy who carries the responsibility in a professional team. It is part of professional sports that when you lose one or two games, you will be under pressure.

"You have to find ways of dealing with it. It is no different in South Africa. We have also lost a few coaches. Pakistan have lost coaches. So it happens all around the world and it is something you have to deal with, as a coach," he said.

Domingo will have some familiar faces in his support staff with three South Africans in the form of Neil McKenzie, the white-ball batting coach, fielding coach Ryan Cook who has been around for more than a year, and Charl Langeveldt, who joined as pace bowling coach a week ago. "They have put together a fantastic management. Charl Langeveldt is a fantastic bowling coach. Ryan Cook's work ethic and thinking about fielding is at a different level.

"Neil McKenzie is a fantastic guy. I am coming on Tuesday, and I will get an idea about the rest of the management, and try to see if there's any gaps to fill. At the moment, I am ecstatic to be joining the three guys," Domingo said.

Domingo first series in charge will come next month, when Bangladesh take on Afghanistan.

"If you look around the world, Bangladesh seem to be one of the teams that has developed the most over the last five or six years," he said. "They have an unbelievable fan base. Having met the board, they definitely seem to have a plan. There is definitely a big interest in the future of the game, in some of the younger players coming through.

"Everything looks in place to be a real powerhouse in world cricket, and that has really excited me about Bangladesh."