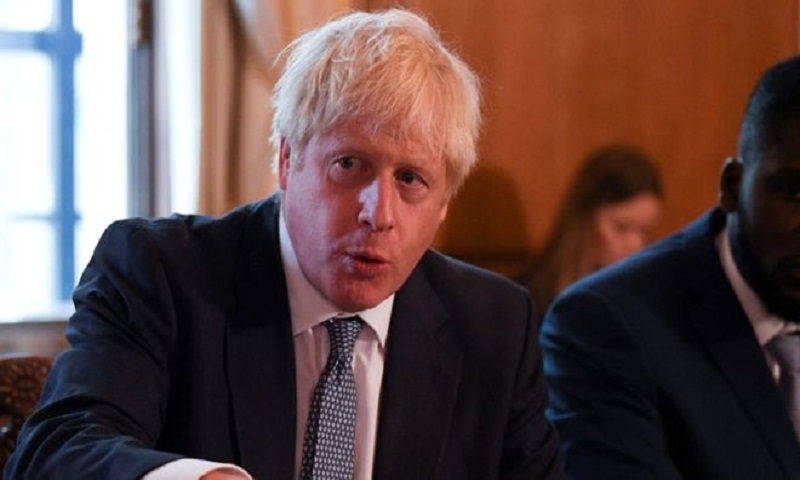 Boris Johnson will tell EU leaders there needs to be a new Brexit deal when he makes his first trip abroad as PM later this week.

The UK will leave the EU on 31 October with or without a deal, he will insist.

However No 10 said there will be "very little discussion" of Brexit during the meetings in France and Germany.

Meanwhile, the Sunday Times has printed leaked government documents warning of food, medicine and fuel shortages in a no-deal scenario.

It says the Treasury paper on preparations for a no-deal Brexit, codenamed Operation Yellowhammer, reveals that the UK could also face months of disruption at its ports, while plans to avoid a hard border between Northern Ireland and the Republic of Ireland are unlikely to prove sustainable.

The government said the document was not what it expected to happen, but outlined scenarios being looked at as part of its no-deal preparations.

The prime minister will travel to Berlin to meet German Chancellor Angela Merkel on Wednesday, and meet French President Emmanuel Macron in Paris on Thursday.

He is expected to say that parliament cannot and will not change the outcome of the 2016 referendum and insist there must be a new deal to replace Theresa May's Withdrawal Agreement - which was defeated three times by MPs - if the UK is to leave the EU with a deal.

However, it is thought that the leaders are more likely to discuss issues such as foreign policy, security, trade and the environment, ahead of the G7 summit next weekend.