India's move on Kashmir spells trouble for other states 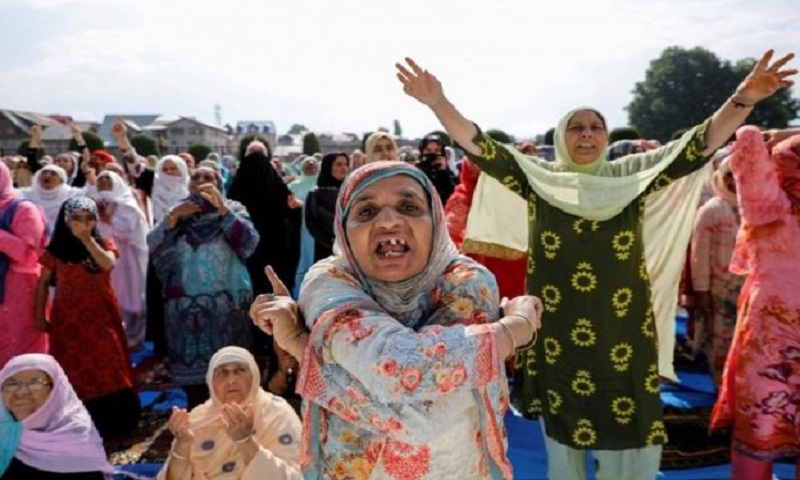 Indian Prime Minister Narendra Modi has always fashioned himself as an advocate of federalism - someone who believes in giving the country's states more independence.

But last week's revocation of special status to Jammu and Kashmir - as the Indian state was known - and the move to split it into two union territories while imposing an unprecedented lockdown there is being seen by many as a major weakening of India's federal structure.

The new union territories (Jammu and Kashmir, and Ladakh) will be ruled directly from Delhi. Union territories have far less autonomy from the federal government than states. Sumantra Bose, a professor of international and comparative politics at the London School of Economics, calls them "glorified municipalities of Delhi".

By revoking the special status of Jammu and Kashmir, ostensibly to put it on the same footing as the rest of India, Mr Modi's government, in the words of one commentator, has "upset India's delicate federal balance".

In many ways, Article 370 - as the constitutional article guaranteeing special status is known - was more symbolic, as presidential decrees over the years had already eroded much of the autonomy it guaranteed. What was more important, many say, was the spirit of the status: it signalled that the Indian constitution was malleable enough to make space for people who felt alienated or estranged from the mainstream.

India's federalism has in fact, been hard-earned and hard-fought.

Unlike more economically advanced and culturally homogenous countries with a federal system of government like the US and Canada, consensus over power sharing in a culturally and religiously diverse, poorer country like India has not been easy to forge. Thankfully the Indian constitution has provided a clear division of powers between the elected federal government and the state legislatures.

However, there have always been doubts about what some commentators call the "authenticity of Indian federalism".

State governors, usually political appointees of the the ruling federal government, have helped clamp direct rule in states where there has been a "failure of constitutional machinery". (An adverse report by the governor on the affairs of the state can become the basis of president's rule, or direct rule from Delhi, and authorise the dismissal of a state government.) Such direct rule has been declared in Indian states 88 times between 1951 and 1997.

Many believe the revocation of special status from Indian-administered Kashmir - without consulting the local people and political leaders and implemented when the state was under direct rule - is another taint on India's federal record.

"The single biggest significance of this move is that we are moving towards a unitary state, and abrogation of democratic principles. This is weakening federalism in India. People are so busy celebrating the move that they don't seem to get the big picture," Navnita Chadha Behera, a former visiting scholar at the Brookings Institution and the author of Demystifying Kashmir, told me.

"What is more worrying is this can happen to any other state. The federal government can dissolve a state government, ride roughshod over the consultative process, split the state and downgrade its status. Also worrying is the near-complete collapse of resistance to the move with most of the civil society, media and regional parties remaining silent or protesting very feebly."

Yamini Aiyar believes "federalism, which the framers of India's constitution saw as necessary to India's democracy, today has far fewer takers than it did in 1947. This is dangerous for India's democracy".

Supporters of the move say that strife-ridden Kashmir is a "special case", and a consultative process in an insurgency-hit and militarised region next door to India's nuclear-armed rival, Pakistan, would have led nowhere. Also Mr Modi's Hindu nationalist Bharatiya Janata Party (BJP) has for years consistently demanded the revocation of Article 370, calling it an example of "appeasement" in India's only Muslim-majority state.

However, India has a history of reconciling separatist aspirations. Where else, many say, could an insurgent leader who fought a guerrilla war for independence for a quarter of a century go on to become an elected state chief minister? But this is exactly what happened when the rebel leader Laldenga signed an accord with the Indian government in the north-eastern state of Mizoram in 1986.

Power sharing and inclusivity have only bolstered democracy in India and made the country more resilient.

India's Supreme Court, in the past, has clearly said that the "fact that under the scheme of constitution greater power is conferred upon the centre vis-a-vis the state does not mean that states are mere appendages of the centre."

"Within the sphere allotted to them, states are supreme. The centre cannot tamper with their powers," the court added.

It has also been unequivocal about the status of federalism as a basic constitutional structure.

It will be interesting to see how India's Supreme Court deals with the legal challenges against the move on Kashmir. "This will be a test case for the top court's independence," says Dr Behera.