Should not go for result, says advisory hockey coach Bansal 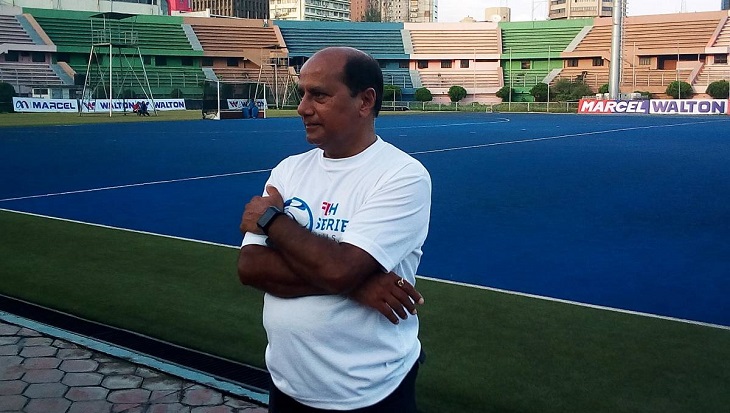 New Advisory Indian coach of Bangladesh Women’s Hockey Team Ajay Kumar Bansal on Saturday said they should not go for result, but should concentrate on team’s presentation in the ensuing Women’s Junior (U-21) AHF Cup Hockey Qualifiers scheduled for September 9–15 next in Singapore.

“We should not go for the result in the upcoming AHF Cup tournament because this will be the first international appearance for them [Bangladesh Women’s Team].  On the other hand, teams like Sri Lanka and Hong Kong are playing for long. I think we should concentrate on team’s presentation this time,” he said.

Bangladesh women’s hockey team have been put on tough Pool B along with Hong Kong, Nepal and Sri Lanka while Group A comprises of hosts Singapore, Uzbekistan and Chinese Taipei.

A 25-member preliminary squad of Bangladesh Women’s Hockey team started their training session under the supervision of Ajay Kumar Bansal from Friday.

Asked about his observation of the team, Bansal said, “Girls are very talented. But they need some exposure. They haven’t gone through any tournament or anything. They’re just practising.”

“There’re so many lacking in their basics. It’ll be bridged through a lot of trainings as well as exposure. But I’m very hopeful for this team. If they get proper training and exposure, they’ll be the best team in future,” the coach further added.

The coach believed that the six preparatory matches against Indian side will help Bangladesh a lot ahead of the tournament.

“It will be the biggest exposure for them. Bangladesh have not played any tournaments or match yet. SAI -National Women’s Hockey Academy team will be a good opponent. When they play against a good opponent, definitely they will learn many things – techniques, tactics, skills and other behaviours on the pitch. “I think when they play against that Indian team, they’ll come through into little bit realisation of the tournament or the matches,” he added.

The 60-year-old Indian coach will work as a part-time coach for the Bangladesh Women’s Hockey team for 15 days.

“It is my friendly assignment. I think my job is to present a good team for the tournament. Time is very short and tournament is close. So, we’ll work on the techniques and tactics,” he said further.