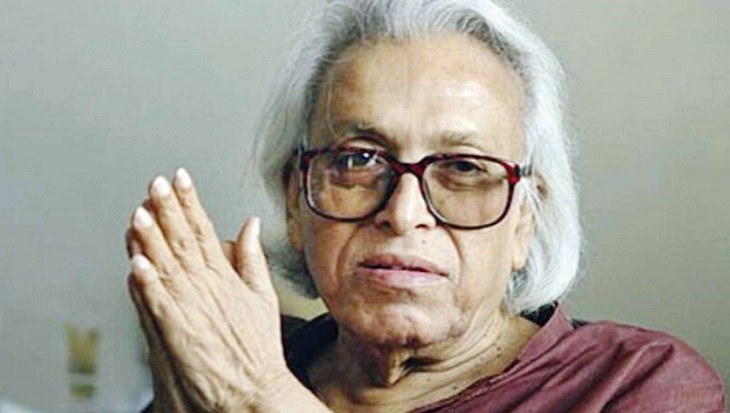 Jatiya Kabita Parishad and Bangabandhu Sangskritik Jote placed wreaths at the grave of the poet at Banani in the morning. The death anniversary of this eminent poet was also observed at his ancestral village in Raipura of Narsingdi through various programmes.

The beloved poet was born on October 23, 1929 at his grandfather’s residence in Mahut-Tuli, Dhaka. He completed his education from Pogose High School, Dhaka College and Dhaka University.

Emerging in the latter half of the 20th century, poet Samsur Rahman achieved nationwide fame with a total of 112 books including 67 books of poetry, four novels, a short story and six translations. He was noted and considered as a key figure in Bengali literature- as well as an urban poet, columnist and journalist.

He made his professional debut as a journalist for the ‘Daily Morning Sun’ in 1957. In a long career as a journalist, he served as the editor of a national daily named ‘Dainik Bangla’ and the ‘Weekly Bichitra’ in the 1980s.

Rahman’s first book of poetry ‘Prothom Gaan Dwitiyo Mrittyur Agey’ (First Song before the Second Death) was published in 1960. ‘Biddhasta Nilima’ (Destroyed Azure - 1967), ‘Neej Bashbhumay’ (In One’s Own Motherland - 1970) and ‘Bondi Shibir Theke’ (From Confinement in Enemy Territory - 1972) are some of his prominent books of poetry.

Rabindra Bharati University and Jadavpur University of India conferred honorary D.Lit. degrees upon him. He was also honored with many national and international awards like Adamjee Award, Bangla Academy Award for literature (poetry) in 1969, Jibanananda Das Puroshkar in 1973, Ekushey Padak in 1977, Kabitalap Puroshkar in 1979, Abul Mansur Gold Medal in 1981, Bhasani Purosker in 1982 and Mitsubishi (Japan) Award for Journalism in 1982.

This legendary poet died at the age of 76 on 17th August, 2006 of heart and kidney failure- after having been in a coma for 12 days at Bangabandhu Sheikh Mujib Medical University (BSMMU