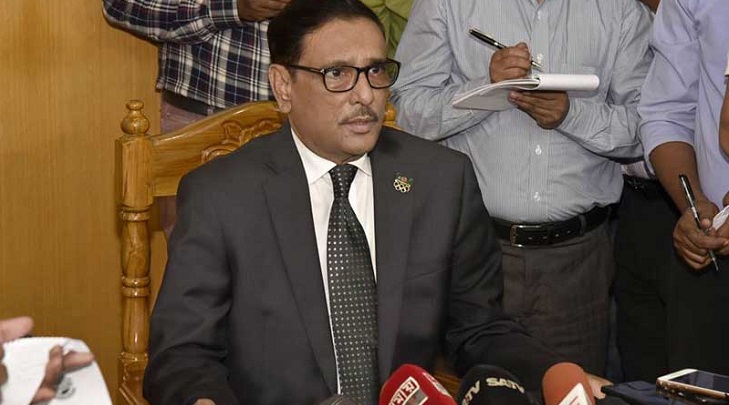 “BNP-Jamaat clique is still hatching conspiracies. We will have to remain united against their conspiracies,” he told an anti-terrorism rally in front of AL central office at Bangabandhu Avenue today .

Dhaka City North and South units of AL jointly arranged the rally marking the anniversary of countrywide series bombings on August 17 in 2005.

Fakhrul did not take oath in due time after being elected a member of parliament and made the parliamentary seat vacant, he said.

The AL general secretary said: "BNP has made itself bankrupt by doing negative politics, making mistakes and patronizing terrorism and militancy."

Quader said BNP had wanted to make Awami League leaderless by carrying out attacks on AL leaders during the regime of BNP-Jamaat.

He said the countrywide series bomb blasts were carried out under the patronage of the BNP government.

The AL general secretary said those incidents cannot be forgotten. But forgetting the August 15 carnage and August 21 grenade attack, Prime Minister Sheikh Hasina went to console BNP Chairperson Begum Khaleda Zia when her son Arafat Rahman Koko passed away but BNP closed the doors for the premier, he added.