Australia 250 all out against England in second Test 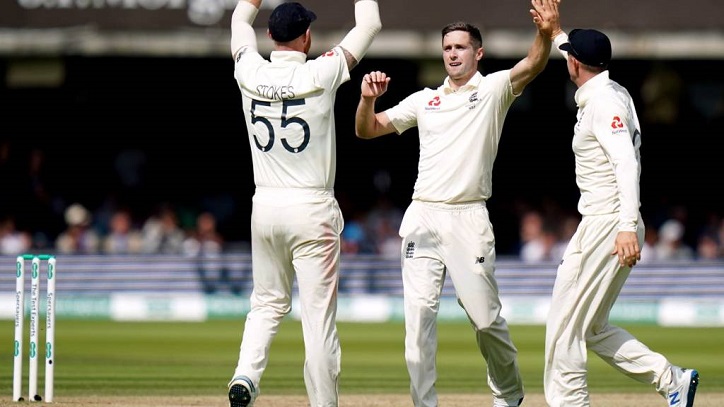 Australia were bowled out for 250 in reply to England's first-innings 258, a deficit of eight runs, on the stroke of tea on the fourth day of the second Test at Lord's on Saturday.

Steve Smith top-scored with 92, just falling short of his third hundred in as many innings this series, after dramatically returning having been forced to retire hurt when hit on the neck by a Jofra Archer bouncer on 80.

Stuart Broad, leading England's attack in the absence of the injured James Anderson, took four wickets for 65 runs in 27.3 overs and Chris Woakes 3-61.

World Cup-winner Archer finished with 2-59 in 29 on his Test debut.

Ashes-holders Australia lead this five-match series 1-0 after their 251-run win in the first Test at Edgbaston last week.