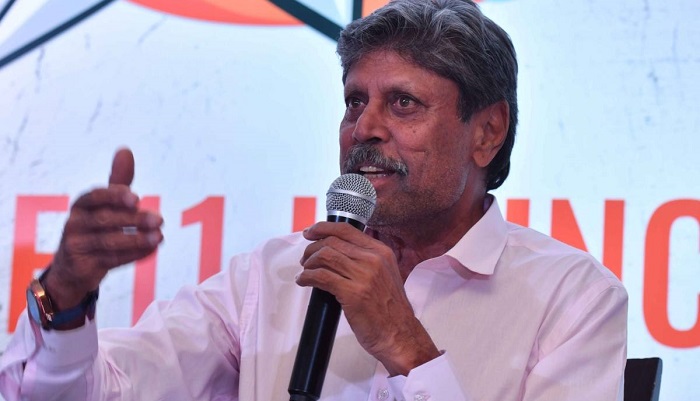 Repudiating all the claims, Cricket Advisory Committee (CAC) chief Kapil Dev said on Friday that Ravi Shastri’s reappointment as the head coach of the Indian team was not influenced by captain Virat Kohli’s public backing.

Notably, Shastri was reappointed for a two-year period by the CAC till the 2021 T20 World Cup in India.

“Not at all, because if we take his (Kohli’s) views we would have taken the entire team’s views too. We haven’t asked anyone. There was no scope for that,” said Kapil when asked if the skipper’s preference influenced the final decision.

Among all the candidates, Shastri’s record impressed the CAC as the Indian team reached the No.1 ranking in Test matches. It is to be noted that under Shastri, India recorded their first-ever Test series win in Australia in 2019. The Men in Blue also registered their first-ever bilateral ODI series win in South Africa last year (5-1) under his stint.

However, on the contrary, Team India twice lost in the World Cup semifinals (2015 and 2019) with Shastri at the helm of affairs but that didn’t seem to influence the verdict announced by the committee that also comprised of Shantha Rangaswamy and Anshuman Gaekwad.

Asked about the team’s semifinal exits in ICC competitions, Kapil said that one can’t be judged in a single event, it is the overall picture that better tells the story. “If any manager don’t win (a World Cup) with any team, they should be sacked? No, you look at overall picture and we are not looking at that, we are looking what presentation he has given, we have gone by that.”

Shastri came back in July, 2017 replacing Anil Kumble, whose differences with Kohli came out in the open and since then Shastri’s coaching record has been phenomenal.

Despite a magnificent reign, the competition was tough for Shastri who had to pip former India teammates Robin Singh and Lalchand Rajput along with former New Zealand coach Mike Hesson and Australian Tom Moody for the post. Meanwhile, former West Indies and Afghanistan coach Phil Simmons pulled out of the race citing personal reasons.

Shastri was the team director until June 2016 until India lost in the World T20 semi-finals before being appointed as the head coach in 2017.