'Kashmir crisis is a crisis for Bangladesh too' 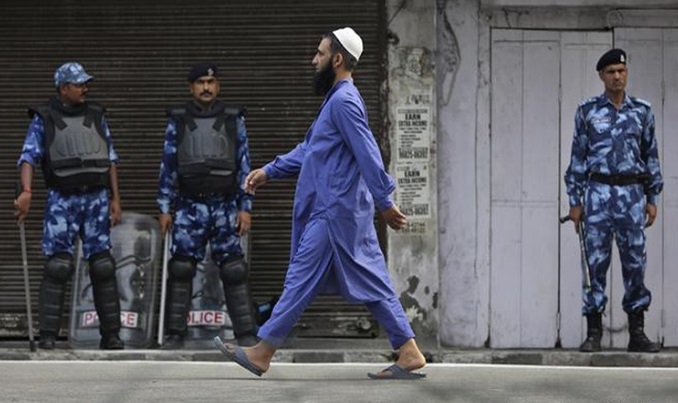 "The Kashmir issue is a crisis not just for Kashmiris, but for Bangladesh as well." Nur Hossain Kashemi of Hefazat-e-Islami Bangladesh said these words in solidarity with the people of Kashmir.

After the rally at the Gate of Baitul Mukarram National Mosque in Dhaka on Friday, Mr. Kashemi said: “Our voice will give courage to Kashmiris. We are ready to assist them in every way. We want that Article 370 of the Constitution to be brought back. If not, the people of Kashmir should start their independence movement. The people of Bangladesh will be by their side. We will cooperate with them. Our protest will continue.”

Noor Hossain Kashemi said: "Now we are protesting. We will continue this protest. We will put pressure on the government.”

The rally that took place on Friday was named the Kashmiri solidarity council. The leaders and staff of the Hefajat-e-Islam were there. Islami Andolan Bangladesh(IAB) had organised rallies the same way before Eid. In addition, several organizations protested by sending out statements..

Maulana Imtiaz Alam, Ameer of Dhaka(South) of the Islami Andolan Bangladesh(IAB) Amir told Deutsche Welle: “The Modi government has completely seized the fundamental rights of Kashmiris. That is why the people of Bangladesh have to protest. We are discussing with the political parties that share our beliefs. There will be a big movement ahead. We have given the memorandum to the government."

Speaking at the rally of IAB, Mufti Fazlul Karim said, "We are not against India; India's policies are against morality and ideals. People and intellectuals from all over India have protested against Modi's wrongdoing. Modi's policy will decapitate democracy and India will be broken into pieces. Modi is taking away the rights of Muslims and oppressing them. Kashmir has been on fire since 1947 and is stained with the blood of citizens. Ignoring public opinion in Kashmir, India is creating a new crisis by changing the constitution. The fundamental rights of the people of Kashmir are under serious threat. Human rights are being violated. World leaders need to take initiative in this regard. Otherwise, the crisis will become even bigger in the future.”

Officially, Bangladesh has not yet responded to the Kashmir issue. Only Awami League general secretary Road Transport and Bridge Minister Obaidul Quader has said: “This is an internal matter of India. Bangladesh does not interfere in any country's internal affairs. We are monitoring the situation.”