Fire at AIIMS in Delhi brought under control 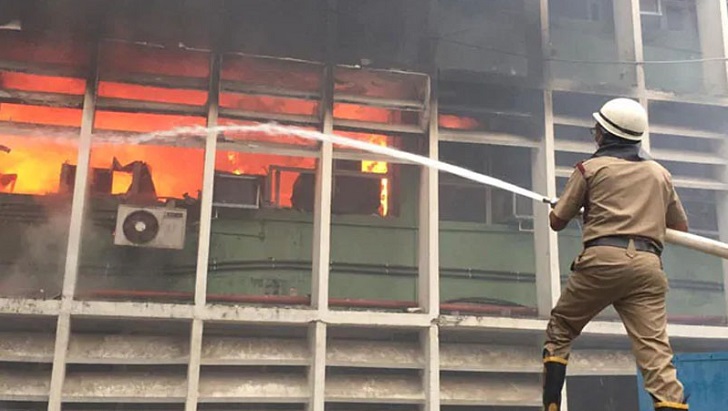 A fire which broke out in a building at Delhi's All India Institute of Medical Science (AIIMS) Hospital was brought under control, the fire department said on Saturday.

No casualty was reported in the fire, it added.

The fire reportedly started at a building near the emergency ward of the hospital. The fire department evacuated people from the building, which houses doctors' rooms and research labs.

Around 34 fire engines took part in the fire-fighting operation.

The fire started at the first floor of the building, but the smoke spread to the second floor, a senior fire official told NDTV.

Former Union minister Arun Jaitley is undergoing treatment at the hospital, but he is admitted in a different building, the official added.

A Delhi Fire Services official told news agency PTI that they received a call of fire in the PC and Teaching Block of the hospital at around 5 pm.

Dark plumes of smoke were seen billowing out from the top of the hospital.

"The fire in AIIMS building will be brought under control at the earliest. Fire Service trying it's best to extinguish the fire. I appeal to everyone to maintain calm and allow the Fire Services personnel to do their work," Delhi Chief Minister Arvind Kejriwal tweeted earlier.