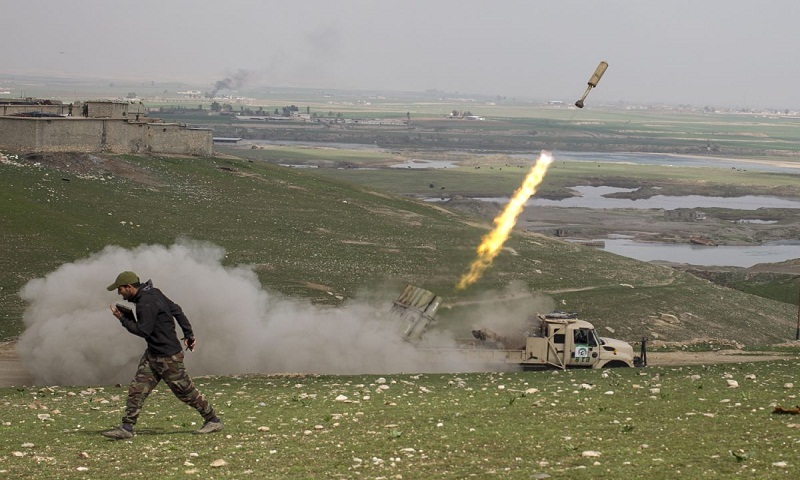 Two Islamic State (IS) militants were killed by an airstrike and two of the extremist group’s financiers were captured in the eastern Diyala province, a provincial security official said on Friday

An Iraqi aircraft carried out an airstrike on an IS hideout near Mteibijah area near Diyala’s provincial border with Salahudin province, Sadiq al-Husseini, head of the security committee of the provincial council, told Xinhua.

The airstrike resulted in the killing of two of the extremist IS militants, al-Husseini said.

Previously, the Iraqi security forces tried to retake control of Mteibijah, but the vast rugged land and mountains have made it difficult for them to dislodge the extremist militants from the region.

Also in the province, security forces acted on intelligence reports and conducted an operation in Himreen Mountain range which stretches in the northern part of Diyala province and arrested two of IS groups financiers, al-Husseini added.

Earlier in the month, at least 10 Islamic State (IS) militants were killed in an airstrike by the US-led coalition aircraft and clashes with Iraqi security forces in western Iraq.

The security situation in Iraq was dramatically improved after Iraqi security forces fully defeated the extremist IS militants across the country late in 2017.

However, IS remnants have since melted in urban areas or resorted to deserts and rugged areas as safe havens, carrying out frequent hit-and-run attacks against security forces and civilians.