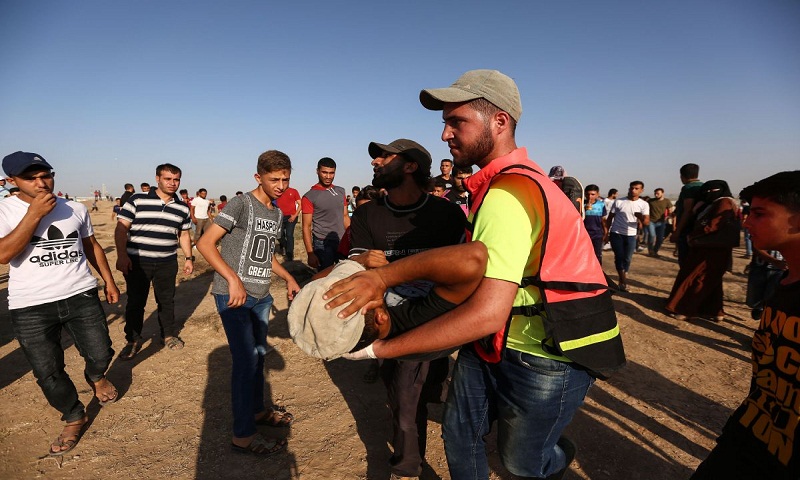 Israel on Saturday struck Hamas targets in the Gaza Strip after a rocket attack on its territory, according to the military.

“A rocket was launched from Gaza at Israeli civilians earlier tonight. The rocket was intercepted by the Iron Dome before it could reach its target,” the Israeli Defence Forces (IDF) said on Twitter.

“We just responded with strikes on Hamas’ underground infrastructure in Gaza,” it added.

Security force sources and witnesses in Gaza told Efe news that the bombings took place against Hamas installations, one of them in the east and another in the centre of the Palestinian enclave, which has predominantly been governed by Hamas since it took control in 2007 when it expelled the Palestinian National Authority.

According to sources, no reports of injuries have been recorded in either of the strikes and added that three rockets were launched, not one.

Two were alleged to have been intercepted by the Iron Dome and the third possibly fell into a field in Israel, without causing harm.

No Palestinian group has claimed responsibility for the attacks.

Tension in the area has escalated since Thursday, when two Palestinian teenagers stabbed an Israeli guard near Jerusalem’s Old City.