Over 50,000 landline phones operational in Kashmir 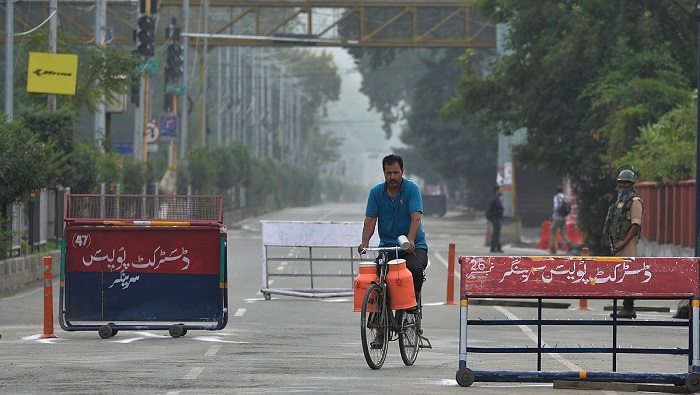 As part of gradual easing of restrictions in a phased manner, more than 50,000 landline phones were made operational on Saturday after services in 17 exchanges of the Kashmir Valley were restored after a period of about 12 days.

Seventeen out of a little over 100 telephone exchanges were made operational. These exchanges are mainly in Civil Lines area, Cantonment area, airport of Srinagar district, officials said.

The officials said 20 more exchanges will be operationalised soon.

The restoration of exchanges had enabled landline services in Budgam, Sonamarg and Manigam areas of central Kashmir.

Telephone line services, including mobile phones and landlines, were suspended in the early hours of August 5 when the Centre abrogated provisions of Article 370 that gave special status to Jammu and Kashmir.

Jammu and Kashmir was put under virtual curfew on 5 August when the Modi government scrapped the Article 370 and split the state into two union territories.

Jammu and Kashmir Chief Secretary, BVR Subrahmanyam had on Friday said that prohibitory orders were imposed in the Valley following credible inputs on possible terror attacks in the Valley after the Centre’s decision to abrogate Article 370.

He said the steps taken by the government included restrictions on free movement and telecom connectivity, prevention of large gatherings and closure of educational institutions.

The Chief Secretary announced that schools will be opened next week area by area. Movement of public transport will be made operational. Government offices have started functioning from today. Telecom connectivity will be gradually eased and restored in a phased manner, he added.

Earlier on Friday, the Centre had told the Supreme Court that the restrictions imposed in the Kashmir Valley will be lifted in the next few days, adding that the security agencies must be trusted as the ground situation is being reviewed daily.

Earlier on August 14, the J-K government had said that restrictions are being eased out in a phased manner in the Valley and the situation in the Jammu division has been restored to normal.