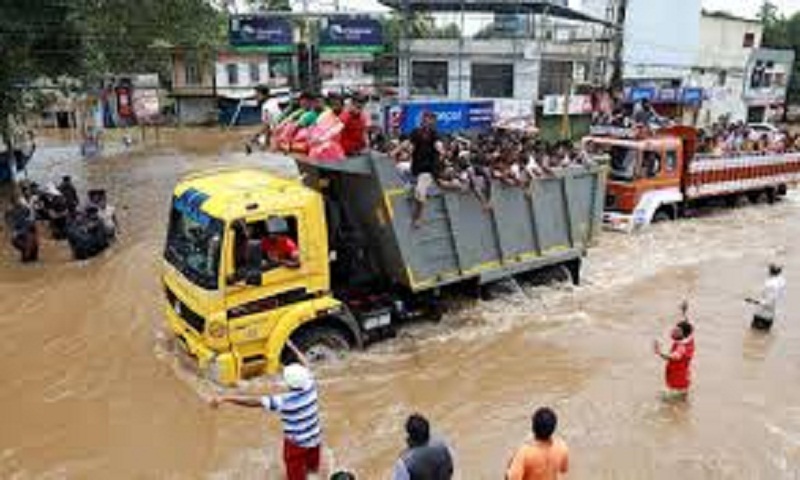 As normalcy was slowly returning to rain-battered Kerala, people have started moving to their homes from relief camps, even as the toll climbed to 113 on Saturday, with more bodies being retrived from the landslide hit districts of Malappuram and Wayanad, reports PTI.

As per the 9 AM update, 50 people have so far lost their lives in Malappuram and 12 in Wayanad, the two northern districts, where 28 people are still missing.

Search operations are continuing at Kavalappara in Malappuram and Puthumala in Wayanad, the two areas which were the worst hit in the second spell of South West Monsoon rains since August 8, where massives landslides had wiped out two villages.

A team of experts from Hyderabad are expected to arrive at Kavalappara on Saturday with Ground Penetrating Radars (GPR) which would help in detection of bodies buried under mounds of earth.

In Malappuram, 21 are missing, 7 in Wayanad and one person in Kottayam, the update said.

Seventeen deaths have been reported from Kozhikode, nine each from Kannur and Thrissur and five from Idukki.

As rains receded, people have started returning to their homes after cleaning the accumulated mud and filth.

Good samaritans from neighbouring districts are also lending a helping hand in the clean up operations.