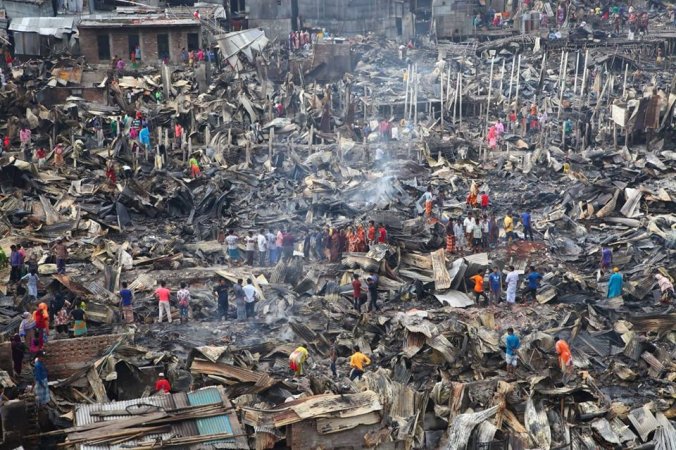 A three-member probe committee has been formed to investigate the devastating slum fire in Chalantika area of Mirpur in the capital.

Fire Service and Civil Defence formed the body on Saturday.

Confirming the news, Director (finance and administration) of Fire Service and Civil Defence Habibur Rahman said the probe committee has been asked to give a report in this regard within 15 working days.

The massive fire that broke out at a slum in Mirpur-7of the city on Friday was doused early Saturday after six hours of relentless efforts by firefighters.

Four people who sustained burn injuries in the fire incident were admitted to a nearby hospital.

Two of the injured were identified as Kabir Habib and Rafique while the identities of two others could not be known yet.

Md Rezaul Karim, assistant director of Fire Service and Civil Defence, said the fire was doused around 1:30 am but the extent of the losses is yet to be ascertained.