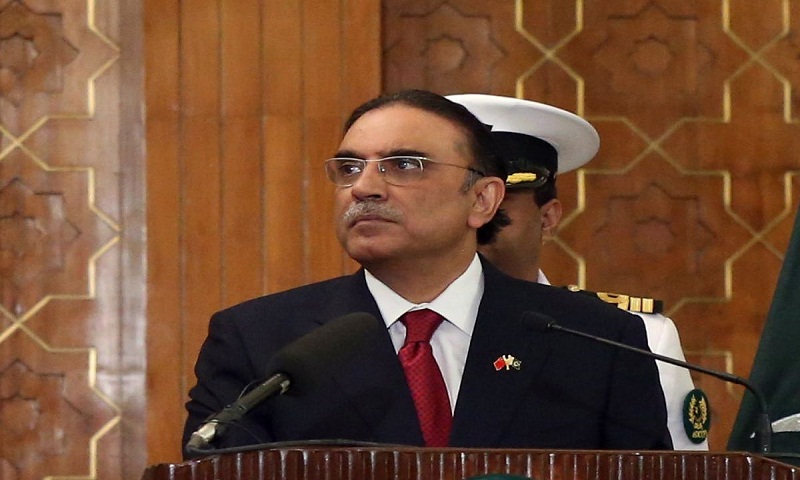 Zardari was presented before accountability judge Mohammad Bashir who sent him to jail after National Accountability Bureau (NAB) prosecutor Muzaffar Abbasi argued that there had been a new development in the case and sought an extension in the PPP leader’s physical remand, Dawn newspaper reported.

Zardari, the widower of assassinated former Prime Minister Benazir Bhutto, and his accomplices are accused of laundering 4.3 billion Pakistani rupees (around $28 million) through 29 bank accounts bearing the names of third parties.

He has denied the allegations and called the probe “politically motivated” and instigated by the ruling Pakistan Tehreek-e-Insaf party led by Prime Minister Imran Khan.

Zardari’s counsel Latif Khosa said that the former President’s legal team should be granted permission to visit him twice a week, adding that lawyers were “officers of the court”.

Khosa also filed a plea in the court asking that Zardari be provided with A-class facilities in prison, including medical facilities.

Zardari’s sister Faryal Talpur was also shifted to Adiala Jail last Sunday after she was arrested earlier this year in connection with the money laundering and fake accounts case, reports Ians.