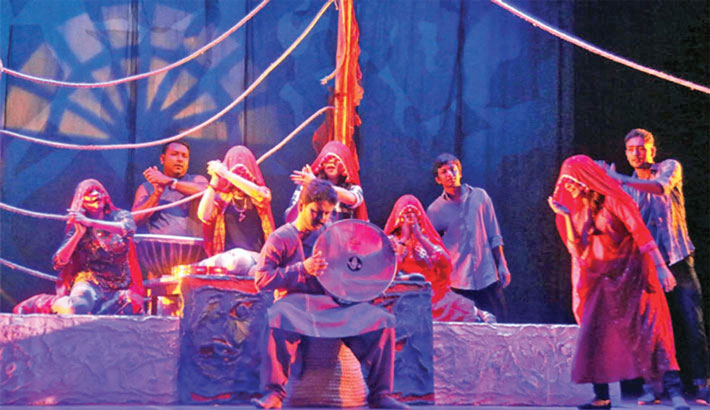 Written by eminent writer Shakoor Majid and directed by Ananta Hira, the play Hasonjaner Raja is based on the story of famous Bengali poet, mystic philosopher, songwriter and zamindar Hason Raja.

Fayez Jahir designed the stage for the play, while popular singer Selim Chowdhury was the music advisor and music of the play was planned by Thandu Raihan.

The play was staged for the first time on April 20 2018 at National Theatre Hall of Bangladesh Shilpakala Academy.

Hason Raja (1854-1922) was a landlord of the Sunamganj district, who inherited huge areas of land property at his teenage. He accustomed with reckless life because of huge money and power. But in his mid-fifties life took a turn when he realised that wealth is the main cause of all wrong in the world.

Then he wrote off all his wealth in a will and started a journey of self-discovery traveling on boats through the haors.