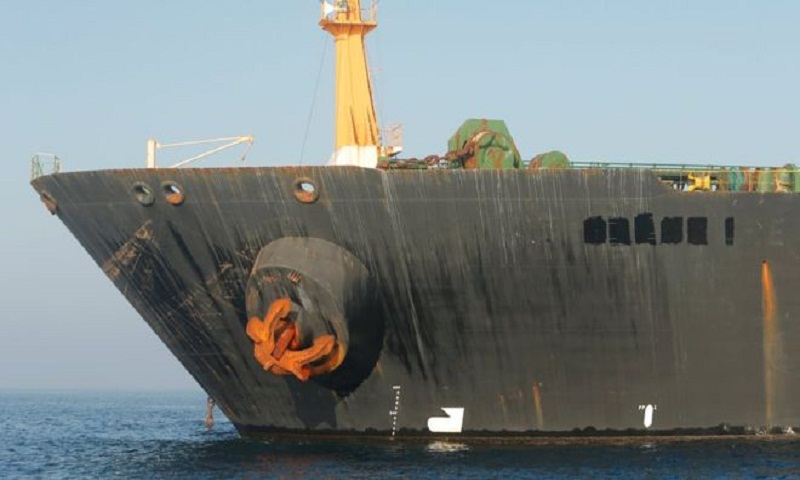 The US Justice Department has issued a warrant to seize a detained Iranian oil tanker, a day after a judge in Gibraltar ordered it to be released.

The Grace 1 supertanker, which is carrying 2.1m barrels of oil, was detained on 4 July on suspicion of illegally transporting oil to Syria.

A last-minute legal attempt by the US to keep the tanker detained was rejected by Gibraltar on Thursday.

Iran previously called the detention of Grace 1 an "illegal interception".

Two weeks after Grace 1 was detained, on 19 July, Iran seized the British flagged tanker Stena Impero in the Strait of Hormuz.

Although Iran claimed the ship had violated "international maritime rules", the seizure of Stena Impero was widely believed to be an act of retaliation.

What is the US saying?

Washington claims it can seize Grace 1, and all of the oil on board, based on alleged violations of the International Emergency Economic Powers Act, bank fraud, money laundering, and terrorism statutes.

It has also ordered $995,000 (£818,000) to be seized from an account at an unnamed US bank linked to Paradise Global Trading LLC, which the US claims is associated with businesses that act for Iran's Revolutionary Guards.

The US designates Iran's Islamic Revolutionary Guard Corps as a foreign terrorist organisation.

What happened in Gibraltar?

Gibraltar's government said it had received assurances from Iran that Grace 1 would not sail to countries "subject to European Union sanctions" - that is, Syria.

The British territory's chief minister Fabian Picardo added: "We have deprived the Assad regime in Syria of more than $140m worth of crude oil."

Neither Britain nor Gibraltar have responded to the US warrant.