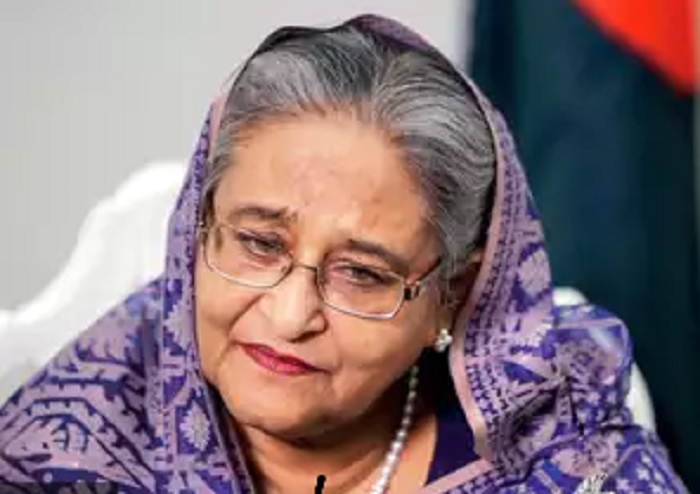 Prime Minister Sheikh Hasina on Friday said the debt of Bangabandhu’s blood will have to be repaid through materialising his dream to build a poverty– and hunger-free 'Golden Bangladesh'.

"The Father of the Nation gave away his blood for this country. We have to repay the debt of his blood through fulfilling his dream. His dream was to build a hunger –and- poverty-free Golden Bangladesh. We’ll build that Golden Bangladesh, this is our pledge," she said.

She said although the Father of the Nation is no more, his ideal still remains here. "If you do politics upholding this ideal in heart, you’ll be able to gain people’s trust and confidence, and honour. You’ll be able to advance the country," she said.

Sheikh Hasina said people across the globe have now become astonished seeing the remarkable development of Bangladesh unleashed in the last 10 years. "A nation can go forward when those who sacrificed for the independence and do politics with principle and ideal remain in power," she said, adding that when the associates of the defeated forces remain in power, that nation cannot move forward.

At the outset of the meeting, a one-minute silence was observed in memory of Bangabandhu and other martyrs of the August 15 carnage.