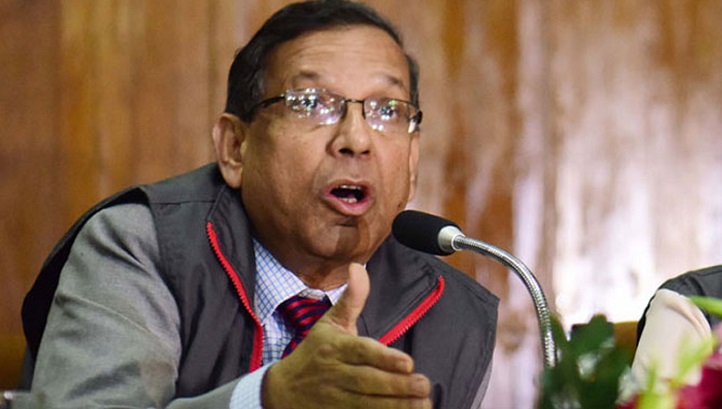 “If she observes her birthday today (August 16), it would not be her 75th birthday, but her first birthday as she is going to observe the day as her birthday for the first time. Only Allah can tell how many more birthdays she has,” Anisul said.

The minister came up with the observations while talking to newsmen at Akhaura Railway Station this morning, after addressing a discussion organized by Upazila Awami League marking National Mourning Day.

While talking about bringing back the fugitive killers of Father of the Nation Bangabandhu Sheikh Mujibur Rahman, the law minister said two such killers are hiding in the US and Canada.

“We would bring back the killer (Rashed Chowdhury), who is living in the US Legal procedure is on to bring back the other one (Noor Chowdhury) from Canada. We are also gathering information about the other four fugitives,” he added.

The law minister further said after the killing of Bangabandhu in 1975, the killers had plotted to kill the country as well.

“They tried to turn Bangladesh into mini Pakistan and almost did it. Bangladesh’s fate started to change for good after Awami League led by Sheikh Hasina formed government in 1996,” Anisul added.