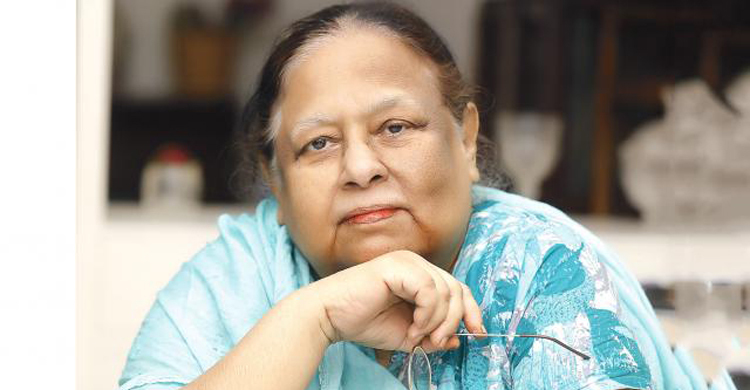 Renowned writer Rizia Rahman passed away at a city’s hospital on Friday noon. She was 80.

The Ekushey Padak-winning novelist breathed her last at 11:00 am at Apollo Hospitals in the capital while undergoing treatment. She had long been suffering from cancer and kidney disease.

Abdur Rahman, the only son of the writer confirmed the news.

Rizia Rahman was born on December 28, 1939 in Bhabanipur, Kolkata of India. Later, her family moved to Bangladesh, then known as East Bengal, after the 1947 Partition of India.

She began writing stories at the age of 8 and was published for the first time when she was 12.

Rahman studied at the University of Dhaka and graduated with a Master of Social Sciences in Economics.

Rahman published her first collection of short stories, Agni Shakkora, while studying at the University of Dhaka.Her novel Bong Theke Bangla was published in 1978 to critical acclaim, exploring the evolution of Bangladesh's nationality and language.

Her fourth novel, Rokter Okkhor, was inspired by an article called "The Prostitutes of Dhaka" which was published in Bichitra.

State Minister for Cultural Affairs KM Khalid expressed deep shock at the demise of the novelist.

In a message, he said, “The death of the renowned novelist is an irreparable loss in the cultural arena of the country and people will remember her for her great contributions in Bangla language and literature.”