Partnership for Reinforcement of Social Accountability 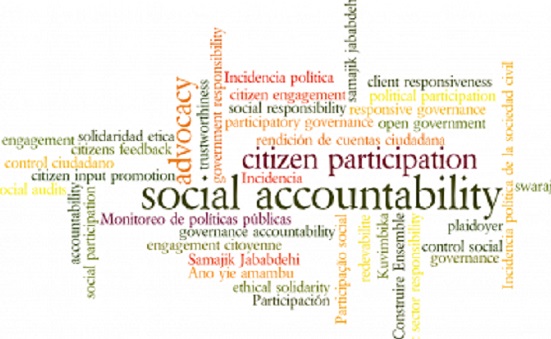 The accountability has become one of the important development agendas not only to the donors but also to the government of different countries of the world that are lacking in good governance indicators. The governments of these countries have been accentuating the importance of strengthening accountability mechanisms in the service delivery process as it is one of the prime prerequisites of attaining the objectives of good governance. Even, the issue of accountability has been given importance in the Sustainable Development Goals (SDGs) of UNDP to be attained by 2030s by most of the developing countries of the world.

A brief review of the local government system of the country suggests that the government of Bangladesh has enacted the Local Government (Union Parishad) Act in 2009 keeping the provision of the formation of two public forums (Ward Shava and Open Budget Meeting) as mechanisms of ensuring social accountability. The main intention of the formation of these forums was to create avenues for the general public so that they could get them involved in the process of identification of their needs and express their expectations and demands, and keep persistent watch on the activities of the service providing organisations in order to ensure that peoples’ representatives are working in line with their identified needs and demands. Along with these public forums, there are 13 standing committees of the Union Parishad that are also working as social accountability mechanism having the provision for the co-optation of members from the general public in addition to stipulated members.

Despite having different legal provisions for ensuring social accountability, the ground realities are far from expectation as these public forums are yet to function effectively and efficiently in most cases. Virtually, meetings of Ward Shava and Open Budget are getting organised for the compliance only as holding of these meetings have been made obligatory for the UP to qualify for the development grants under Local Government Support Projects (LGSP-III) which is being provided by the government with financial assistance from the World Bank. Most importantly, spontaneous participation of the people is yet to take place in these meetings.

Factors that have been hindering the effective functioning of these public forums as mechanisms of social accountability include lack of enthusiasm of people’s representatives, lack of awareness of the general public, lack of budgetary allocation for the organisation of the meetings, distance of the homes from the meeting places, inadequate dissemination of information regarding the meetings and so on.

Many donor-driven projects have been working hard to make these forums effective. One such project is the USAID financed NoboJatra project of World Vision, Bangladesh that is working for consolidating social accountability at local level in four Upazilas of Khulna and Satkhira districts. The project is working with both the demand and supply-side actors of the Union Parishad. In addition to providing training to the UP representatives and the general people, the project has formed the Village Development Committee (VDC) through which they are trying to build the agency of the ordinary citizens in terms of increasing their knowledge about their rights and entitlements as well as making them understand about the importance of active participation in the meetings of Ward Shava and Open Budget.

VDCs have become a meeting place of the general people of the community where they could know each other and build a network among them. This network might help them collectively raise their voices in the meetings of Ward Shava and Open Budget and hold people’s representatives accountable for their actions. On the other hand, the project is implementing different capacity building training as well as sensitisation programmes for the UP representatives with an intention to inform them on the issue of Ward Shava, Open Budget Meeting and Standing Committees. Having worked with both the groups the project has contributed positively to strengthening the issue of social accountability in their working areas.

Despite having some positive impacts, a question still remains about the sustainability of the process of social accountability after the phasing out of the project. Having worked in the field of local governance for a decade, I have witnessed the success of many projects during its implementation, but those good practices have faded away once the project has phased out. Now a pertinent question is what could be done to ensure the sustainability of these good practices?

The government-NGO partnership could be one of the possible solutions to the issue of sustainability of these good practices. Donor driven projects in the field of local governance should be implemented through the partnership with the Local Government Division (LGD) that takes care of local government institutions. If it is done, the government would own such initiatives. Later on, the government could consider replicating good practices beyond the project areas which would help the process of sustainability. For instance, the success stories of Village Development Committees of the NoboJatra project could be replicated throughout the country within the legal framework as a community-based organisation. If this could be done, this will bring a positive change among the community people who would get involved in the process of social accountability by participating actively in the meetings of the Ward Shava and Open Budget and holding the people’s representatives accountability for the actions.

There are instances where the government and NGOs have worked together in partnership at the local level. For instances, the UNDP implemented the Upazila Governance Project (UZGP) and Union Parishad Governance Project (UPGP) during 2010-2015. Under the auspices of the UZGP, Women Development Forum (WDF) was formed at the Upazila level within the intervention areas of the project as a forum of women representatives from different local government tiers. This forum has become successful in building trust and network among women representatives so that they could effectively discharge their responsibilities. The government later replicated WDF in all Upazilas of Bangladesh through a circular. Now, WDF is working in all Upazilas efficaciously. Thus, the issue of partnership with the government needs to be comprehended well in order to ensure sustainability of the interventions of different projects that are working hard to reinforce social accountability at the local level.