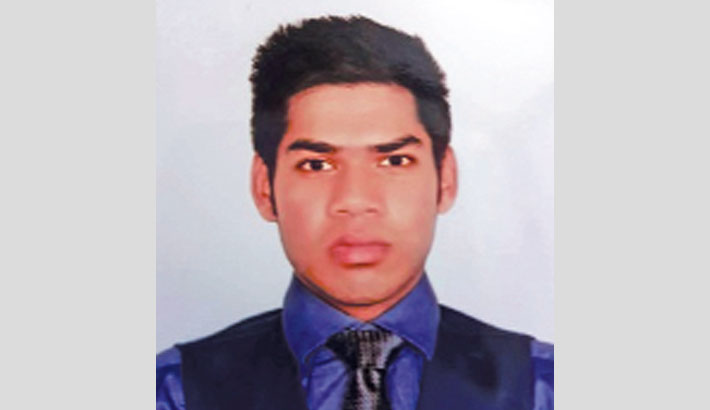 Following Awami League's (AL) landslide victory in the National Election, we believed our economic progress will keep flowing to become a middle income country in few years. As we already know, our economic developments are globally recognised but at the same time the quality of our democracy and human rights remained questionable. In the last ten years we have done exceedingly well to improve our standard of living and our consistent economic growth is truly a reflection of hard work, determination and stability. At present, you will barely find someone in our country who is begging for food or clothes but even those with low income are trying to educate their children. Our PM managed to overcome all the barriers with her strong leadership qualities and came into power for the third time in a row.

At the beginning of this term, our PM made it very clear that this government will not tolerate any corruption and people of all positions will face legal consequences. Recently, few government officials were arrested but this is not enough. These initiatives are surely praiseworthy but the bigger fishes still remain out of the radar. Recently, Tk 27,000 crores vanished from our share market within 15days. It won't be right to say that the market collapsed again but it will have a huge impact on the investors and public confidence.

In the recent months, we have seen how the High Court Division of the Supreme Court had given guidelines and orders on various social and legal matters. This deserves accolade but it also shows how the government bodies concerned have failed to discharge their duties. However, in the absence of a strong democratic system to ensure accountability of the executives, the Judiciary has a vital role to play. Hence, the orders, directives and rulings of the Honourable Court need to be implemented as soon as they’re given. The executive bodies are also expected to act according to these guidelines. The Judiciary is the custodian of our Constitution but unfortunately, in many occasions the guidelines and orders of the apex court are being undermined. We often criticise how suspects are tortured during remands and being deprived of their basic human rights. In the case of Bangladesh Legal Aid and Services Trust vs Bangladesh, also known as BLAST case, the High Court Division provided 15 directives on unwarranted arrests, detention, interrogation and treatment of suspects to be followed by law enforcement agencies and magistrates. In the BLAST case High Court also directed that the Parliament should consider amending Sections, 54, 167, 176 and 202 of the Code of Criminal Procedure. The court also pointed out that the powers provided by S54 and S167 to Police to arrest without warrant and magistrates to put persons on interrogation  are inconsistent with the constitutional rights, such as, equality before law, liberty, protection against arbitrary arrests. (Articles 27, 31, 32, 33 and 35) Unfortunately, we still haven't witnessed strong implementation of these directives. And in a democratic culture everyone will blame the government for any undemocratic behaviour of its institutions.

In the last six months, 630 women were raped and 37 of them murdered after being raped and seven killed themselves. According to Ayeen O Shalish Kendro's report, on an average, 3 women were raped everyday. According to Bangladesh Shishu Adhikar Forum (BSAF), 496 children were raped in the first six months of 2019. Among the 496 reported rapes, 53 we gang raped, 27 were special children and 23 were killed after they were raped. These statistics make it evident how crimes against women have increased alarmingly. This crisis can also be seen as a consequence of constant degradation of moral values and ethics, drugs and the patriarchal outlook of the society.

At the same time, in this politicised atmosphere, the delay and complexity in legal proceedings often makes it difficult to ensure justice. I think it is really important for our society to be more practical and stop seeing the importance of sex education as a social taboo. It is really upsetting how we still stigmatise victims of rapes and other sexual offences whereas we should encourage them to come forward and speak without the fear of shame or harassment. Girls like Nusrat and Tonu are getting raped everyday and it's sickening how these monsters haven't spared children who still cannot speak.

Our existing laws are flawed and it’s time to make necessary amendments to ensure effectiveness. In Nusrat's case we have seen how PBI carried out a fair investigation when our local police failed. In my opinion we should have an impartial investigating body like PBI in all rape cases. The Supreme Court has already given a guideline to complete rape trials within six months but, considering the limitations of our judiciary, it seems impracticable. However, this can only be done if the Law Ministry can design fast track tribunals, specialised courts and ensure free and impartial police investigation on such trials. On the other hand, it's important to tell your son to cry, to tell him boys have emotions too, tell him if a girl says no, it means “NO”.

The ruling party, Awami League, is the oldest and most glorified political party of Bangladesh. Thus, our expectations are much higher from Sheikh Hasina, the daughter of the Father of the Nation. I have tried to observe her behaviour since the time I met her. In my opinion Sheikh Hasina does not only give the impression of a simple lady who comes from a middleclass family but in reality she is like that. She once said, she had to struggle to arrange the money for her children's education. This side of hers actually attracted the common people of this country. Some people might dislike her but even the haters will have to admit that she is one of the smartest leaders our country has ever witnessed. Her farsightedness has not only impressed our citizens but was also appreciated by the entire world. And our PM was always labelled as the promoter of secular Bangladesh.

As far as I have noticed, some international media tried to question her position regarding the non-political alliance with Hefazat-e-Islam which mainly represents the Kaomi madrasa education. And they also questioned whether she departed from her secular ideology and if the ruling party is flirting with radicalism. I would like to answer this question by saying yes, our PM agreed to offer these madrasa students academic certificates to enhance their employability in the job market. Our PM took a very tricky decision but in the end of the day there are more than one million madrasa students who would eventually need jobs for a better living. It does not mean AL is promoting radicalism or departed from its secular ideologies but simply trying to modernise Islamic education. At the same time when the leader of Hefazat made unacceptable statements on education of women, we as a nation condemned it very strongly.

In addition, it is time to accept that our education system had collapsed miserably. Our Education Minister’s decision to bring necessary changes is praiseworthy but I think we also need to scrutinise our existing curriculum. Unemployment is a big issue to worry about and all our economic achievements go in vain when 4.82 crore people are still unemployed. The Ministry of Education is in safe hands and someone like Dipu Moni can really bring significant improvements.

We live in a country where Hindus and Muslims are not only neighbours but more than relatives. I come from Sunamganj where more than 30 per cent of our voters are Hindus. During Eids we invite them to our house and similarly, during puja we visit their houses too. I wonder why Priya Saha had go to Trump to make such idiotic and baseless statements to tarnish Bangladesh's reputation. Yes, after the partition in 1947 many migrated to India and it continued for years. There were incidents where the minorities were exploited and harmed by some extremists. However, such incidents were always condemned by our people and our PM raised her voice even when she was the opposition leader. After AL came to power, in the last ten years the Hindu population had increased by more than two per cent. According to American Ambassador Robert Miller’s experiences Bangladesh is a land of religious harmony.

Recently, the dengue crisis had taken a horrific turn and everyone is terrified. The hospitals are packed and struggling to accommodate more patients. It may not be a national emergency but surely is a national crisis. This massive outbreak of dengue could have been avoided if both the City Corporations worked more efficiently and honestly. At the same time irresponsible and insensible statements from high officials made it worse. This is not a political crisis and mosquitoes won't spare those who are powerful. During symbolic awareness campaigns we have noticed how our politicians and celebrities posed shamelessly with brooms for media's attention. And our PM finally ordered to stop this mockery. I think it's time for our PM to bring changes in the Cabinet. Her decision to allow newcomers shows how a true leader makes new leaders. However, the actions of few make it evident how they failed to respect her wishes. Without an efficient Cabinet a government can never function properly. We still have senior and experienced politicians in this Cabinet too but we can feel the absence of some veteran parliamentarians like Tofail Ahmed, Amir Hossain Amu, Hasanul Huq Enu, Anwar Hossain Monju. This is a very crucial term for AL and in my opinion it will not be wise for Sheikh Hasina to take any risks.

The writer is a graduate from University of London.