'It is raining plastic': Scientists find colorful microplastic in rain 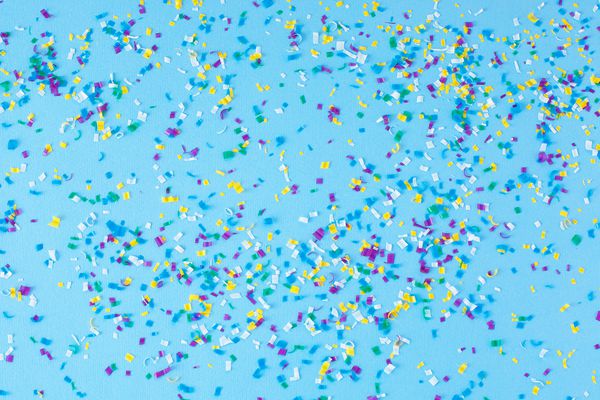 It's raining plastic -- that's what a survey of rainfall in Denver and Boulder, Colorado, concluded recently, reports CNN.

The rainfall survey, titled "It is raining plastic," was put together by scientists at the US Department of the Interior and US Geological Survey.

They couldn't see the plastic with their naked eyes, but found it using a binocular microscope fitted with a digital camera.

They found plastic showed up in 90% of the samples, mostly in fiber form, and came in a variety of colors. Blue was most prevalent, followed by red, silver, purple, green, yellow and other colors, the study says.

It's unclear where the plastic is coming from, but plastic contamination has been a growing problem throughout the world.

Scientists have found microplastic particles in rain before. They saw it in the rain falling in the Pyrenees in southern France. It has wound up in remote and otherwise pristine islands. Trillions of pieces of plastic litter float through the ocean, killing fish and other animals. An earlier study found that people are swallowing an average of 5 grams of plastic every week, about the weight of a credit card.

It's unclear what the health effects of living with all this plastic will be, scientists say, although several studiesare underway.

Some cities have tried to cut back on plastic by banning plastic bags. Boulder, one of the sites for the rain survey, has a plastic bag ban.

While some companies have made it a goal to scale back their use of plastic, President Donald TrumpTuesday made an appearance at a Pennsylvania plastic manufacturing plant to promote plastic. When asked by a reporter about how he felt about the world being "awash in plastic," the president blamed China for the problem.

"Well, we have tremendous plastics coming over from Asia, from China, and various others," Trump said. "It's not our plastic. It's plastic that's floating over in the ocean and the various oceans from other places. No, plastics are fine, but you have to know what to do with them. But other countries are not taking care of their plastic use and they haven't for a long time. And the plastic that we're getting is floating across the ocean from other places, including China."