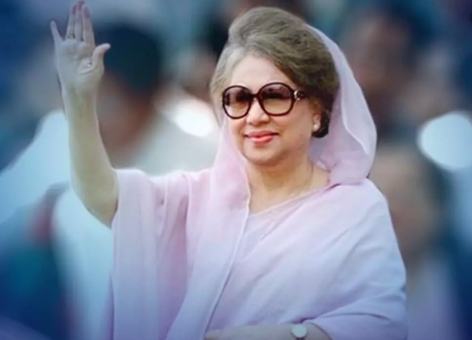 BNP will arrange doa mahfil across the country on Friday on the occasion.

He alleged that Khaleda has been kept in jail as she was subjected to political vengeance of the current government.

As in the last previous three years, the party has no programme to cut any cake to celebrate the birthday in the early hours of Thursday.

Amid criticisms by Awami League leaders for celebrating her birthday on the National Mourning Day, BNP marked her 72nd and 73rd and 74th birthdays through holding doa mahfil instead of cutting any cake.

The biodata of Khaleda Zia submitted to the Parliament Secretariat when she was made the opposition leader last suggests that she was born on August 15, 1945.

Awami League leaders have long been claiming that her birthday is September 5, 1945 as per her marriage certificate while August 19, 1946 as per her first passport.